Manchester United lost to Leicester on Tuesday after Ole Gunnar Solskjaer made drastic changes to his starting XI after playing Aston Villa on Sunday with Liverpool to come on Thursday.

Mason Greenwood and Amad set a 15-year record after combining to score for Manchester United on Tuesday evening.

It comes after a 2-1 defeat to Leicester at Old Trafford – handing the Premier League title to Manchester City.

Luke Thomas scored his first senior goal while Caglar Soyuncu grabbed the winner with a thumping header in the second-half.

Solskjaer made 10 changes to the side that beat Aston Villa on Sunday, with Anthony Elanga making his debut. 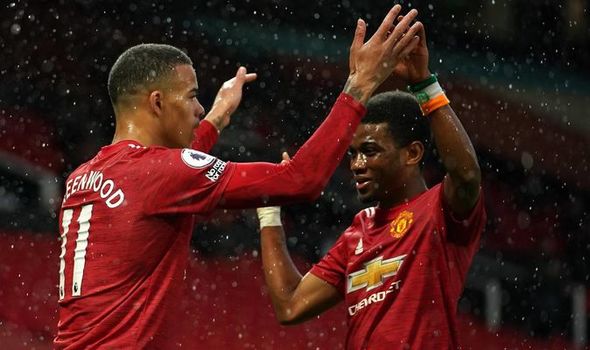 But the two players United fans were intrigued about watching the most were Greenwood and Amad – the former being the only star to retain his spot from the weekend.

Greenwood is just 19 but has been tipped to become a superstar at Old Trafford and has scored 12 goals this year.

Joining him in the frontline was Amad, who joined from Atalanta for £37m in January after scouts were blown away.

The Ivory Coast international is just 18 but has impressed in the few minutes he has been given by Solskjaer – with Tuesday night no different.

His assist for Greenwood in the first-half broke a 15-year-old record in the Premier League, as well.

It was the first time since May 2006, when David Wheater set Adam Johnson up for Middlesbrough against Bolton.

Teenagers were the theme of the night with Thomas also getting on the scoresheet. 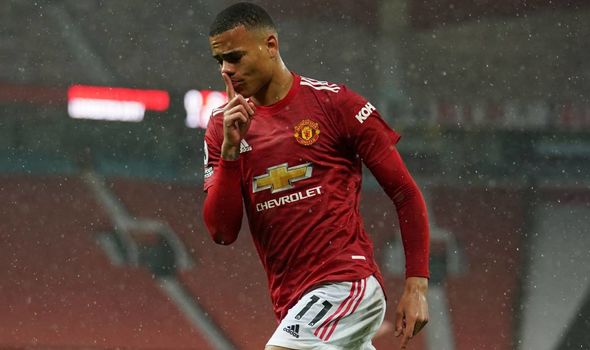 The 19-year-old became the youngest player to score his first Premier League goal at Old Trafford with a brilliant volley at the far-post.

Leicester went on to beat United, solidifying their own spot in the top four in a massive step forward in their bid to play Champions League football.

With the Red Devils second in the table, their position is almost concrete – though the loss handed their rivals City the Premier League title.