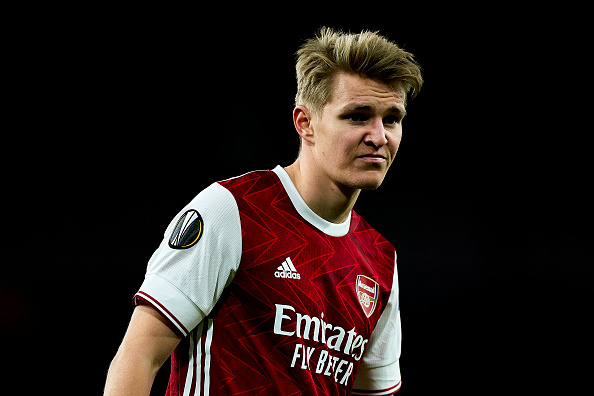 Martin Odegaard has completed his medical with Arsenal with goalkeeper Aaron Ramsdale currently undergoing his ahead of a move to The Emirates.

Odegaard is now set to complete his return to north London from Real Madrid after spending the second-half of last season on loan with Mikel Arteta’s side.

But with his visa application process still ongoing, the Norway international is not expected to take part in Sunday’s clash with Chelsea, according to Sky Sports News.

Arsenal have agreed personal terms with Odegaard and are set to pay Real Madrid £30m plus bonuses.

The Gunners have also agreed a deal to sign Ramsdale from Sheffield United.

A deal have been struck that will see Arsenal pay an initial £24m plus  £6m in add-ons.

Those add-ons are reportedly based on Ramsdale displacing Bernd Leno as the club’s no1 choice in goal.

Ramsdale was left out of Sheffield United’s squad for their game against West Brom last night, and Blades boss Slavisa Jokanovic explained the reasons for his omission after the game.

‘The deal is not complete [with Arsenal] but it’s agreed between the clubs. I believe the agreement is close to being done but it can be soon,’ he said.

‘It’s a huge deal for the club and we have been relegated from the Premier League, so it’s complicated to say no. It’s not really what I want but it’s difficult to stop this kind of situation.’

Arsenal have already spent £76m this summer in bringing Nuno Tavares, Albert Sambi Lokonga and Ben White to the club.