Liverpool: Robertson opens up on struggles this season

RB Leipzig star Marcel Sabitzer has decided he wants to leave the Bundesliga challengers, putting a host of Premier League clubs on red alert. Sabitzer has been linked with Tottenham in the past, and it has been reported that he could fetch £35million this summer.

Sabitzer has sent shockwaves through Leipzig by deciding he wants to leave the Bundesliga side, reports suggest.

The club captain is under contract until 2022, but at the moment it seems unlikely he’ll sign a new contract.

Sabitzer, who has been capped 47 times by Austria, has played more than 200 times for Leipzig, with another 51 appearances for their sister team RB Salzburg.

He was part of the team which got to the Champions League semi-finals last year, only to be beaten by Paris Saint-Germain. 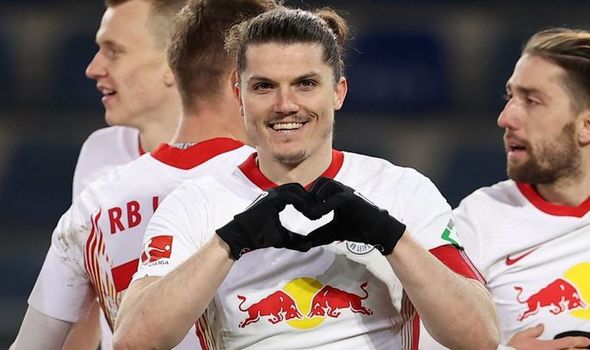 And the midfielder, who can also play as a wide target man, has clearly earned attention from elsewhere due to his strong form.

According to German outlet Bild, he is set to start a bidding war between three Premier League clubs this summer.

Sabitzer is about to enter into the final year of his contract at Leipzig, and has apparently told the club he won’t sign a new deal.

As well as Tottenham, who have been linked with a move for him in the past, Manchester United and Liverpool are both set to explore a bid.

United could well be on the hunt for a replacement for Paul Pogba, with the Frenchman out of contract next year.

The Red Devils signed Donny van de Beek last year, but have so far failed to utilise him properly.

And Liverpool are set to lose Dutch midfielder Georginio Wijnaldum on a free this summer.

The 30-year-old has been linked with Barcelona and Inter Milan, and if he departs it could well be the case that the Reds need to replace him immediately. 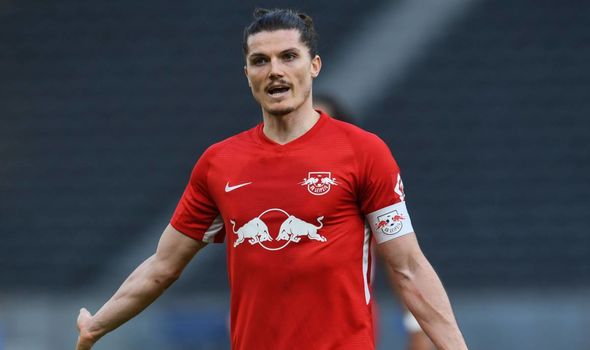 But it seems Tottenham are leading the way for his signature, considering their previous interest.

Jose Mourinho’s position is unstable with reports suggesting he will be fired if Spurs miss out on Champions League football.

But if he stays, he will likely want to get rid of Dele Alli, who he has barely given any game time to this season.

Paris Saint-Germain were interested in January, and a sale could fund a move for Sabitzer, who Leipzig value at £35m.