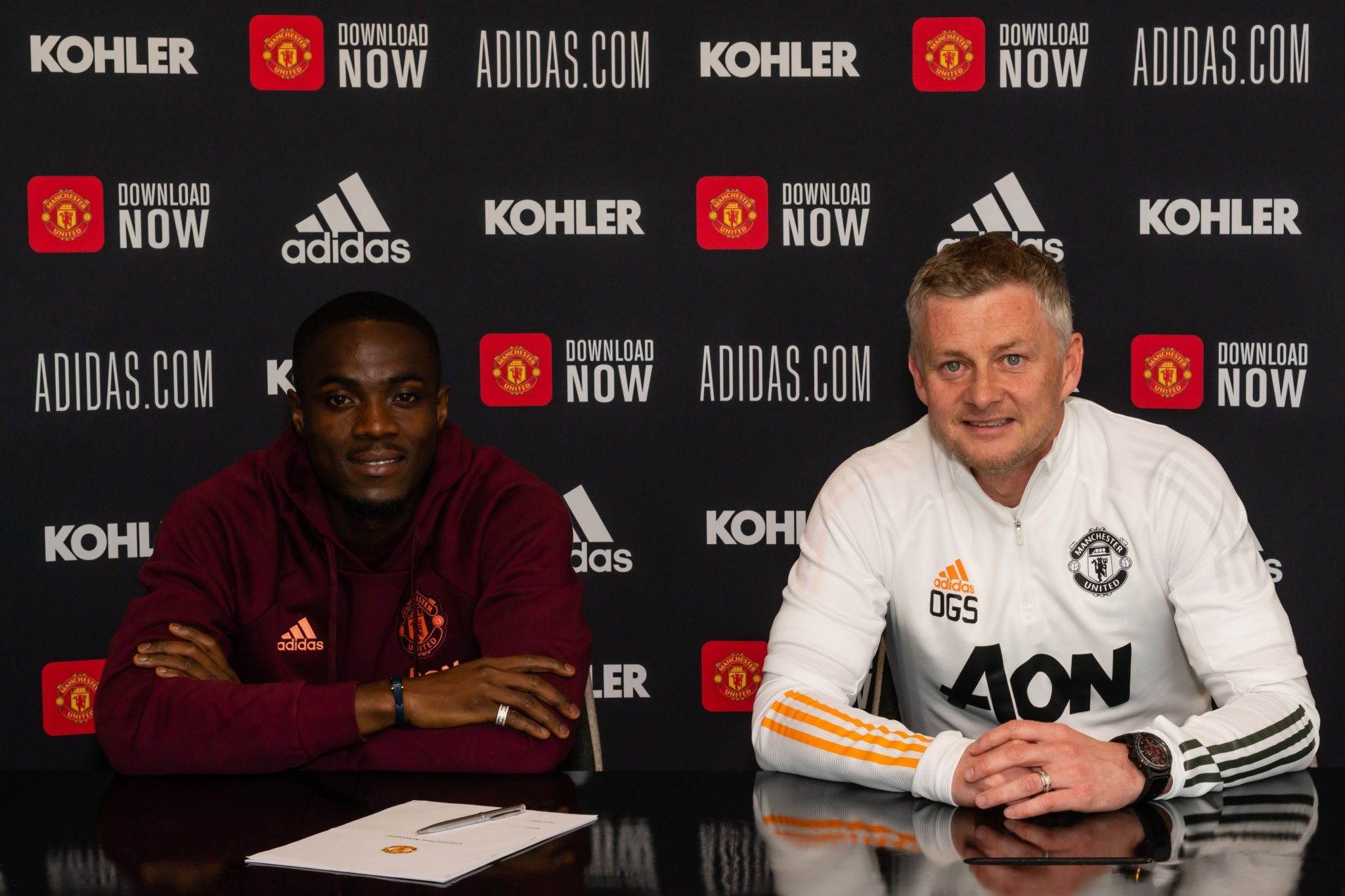 Manchester United have confirmed that defender Eric Bailly has signed a new long-term deal at the club.

The Ivory Coast international joined the club in a £30million deal from Villarreal in 2016 but injuries have hindered his five years at the club.

Bailly had around 15 months to run on his existing contract at the club and United had made it clear to his representatives towards the back end of 2020 that they were keen for him to sign a new deal.

There had been suggestions that United’s desperation was down to the fact that they planned on selling Bailly and therefore wanted him to sign a new deal to avoid losing him on a free transfer.

But Bailly spoke to Solskjaer about his prospects at the club and his plans for sharing playing time between himself and Victor Lindelof next to captain Harry Maguire in the heart of the defence.

‘This decision is something I didn’t have to think about, I love this club and I love playing for Manchester United. I’m happy and so are my family, everything is good.

‘Now the moment with my injury has passed and I’m fit and feel good, and that’s it. A new contract is like a new challenge and I’m ready for this.‘

Solskjaer had planned on signing a centre-back this summer, with Real Madrid’s Raphael Varane a leading target.

However, Real Madrid want as much as £65m for the Frenchman and United would prefer to wait until 2022 when he will be available on a free transfer – provided he does not sign a new deal at the Bernabeu.

Solskjaer admits he’s delighted that Bailly has signed fresh terms and says the defender can improve further at the club.

‘I am pleased that Eric has signed this new contract,’ said Solskjaer.

‘He is still learning and improving all of the time under the coaches here.

‘Eric has improved his robustness since my time as manager and he will continue to play a significant part in the squad.

‘He possesses fantastic speed, timing of tackle and has that aggression which, of course, you need as a centre-back. He is a popular member of the squad and we look forward to continuing to work with him going forward.’