Manchester United legend Roy Keane slammed Bruno Fernandes ahead of the clash with Manchester City on Sunday afternoon. Below you can read a full transcript fo what transpired between Keane, Graeme Souness and Micah Richards in the Sky Sports studio before the game.

Keane: “In the big games, they’ve kept clean sheets and the players that play at the back and the two central midfielders, their job is to make sure you don’t lose the game.

“They’ve done that in some of the big games, they’ve kept clean sheets, so that’s a big positive.

“But for the attacking players, it’s your job to go and win the game. That’s your responsibility, it’s why you’re well paid.

“So don’t get that upset, I don’t know why they get upset when people are giving an opinion.”

Souness: “He’s gone too early on it. I think anyone who understands football sees a real talent in him.

“I come back to the problem he’s faced with is he plays for Man United, he’s come for a big transfer fee.

“If I was him I’d just keeping my head down, and I think he will end up scoring against the big clubs.

“I think he’s an exceptional talent and you also look for little indications of what type of boy he is, he was a captain at Sporting Lisbon when he was a young man. 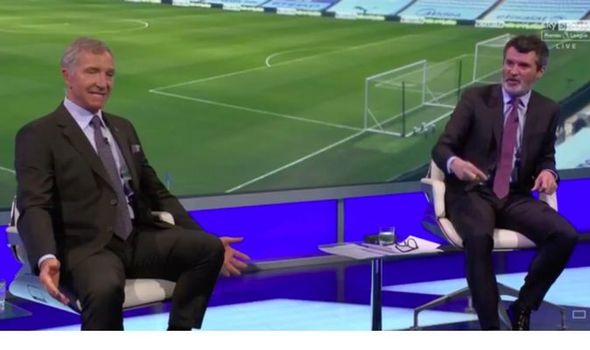 “That means he’s in the dressing room with guys that are maybe ten years older, more experienced than him and they make him captain. I think that tells you a great deal about the boy himself.”

Keane: “But we’ve seen Graeme, we’ve seen him getting taken off and his body language has not been great.”

Souness: “Well would you be happy being hooked off?

“When you’re walking off and one of your teammates is coming on and you’re throwing your arms up in the air, that’s disrespectful to your teammate. And you’re on about a leader!”

Souness: “You want to see that from your players.”

Keane: “If I was coming on and the player coming off is shaking his head, I’d feel disrespected, as if he’s saying, ‘I’m coming off for you?’

“You’d have a quiet word with him in the dressing room, and he’s done it a number of times, so he’s on about maturity and defending his teammates, but show respect to your teammates and when you do have a bad game, don’t be throwing your arms in the air when you’re substituted.”

Souness: “I find it disappointing that he gives it that when someone doesn’t do something they should’ve done or they make a mistake, the arms go up.

“But I’ve worked in a lot of countries and I get it, but I think he’s got to get that out of his game, playing in the UK where he shows his disappointment.”

Richards: “He’s frustrated that he believes they should be winning the title and when he’s playing with certain players in the team that are not playing at the same level he’s playing at, it’s frustration.”

Keane: “But the great players, he wants to be a great player, the real top players make the lads around them better, that’s part of his responsibility.” 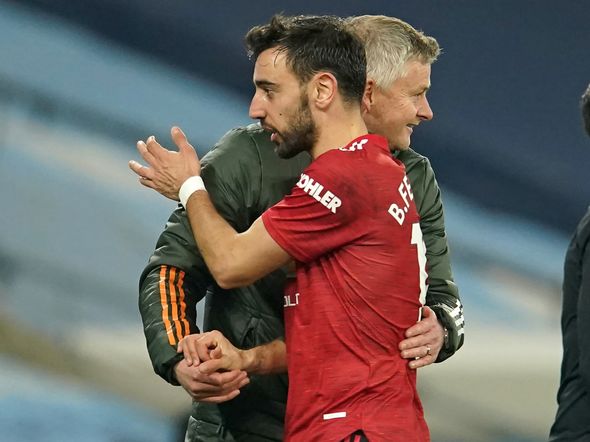 Richards: “Yes, I get that but if you put Fernandes into Man City’s team, playing with all these great players.”

“But when you’ve got other players in the team not pulling your weight. We’re putting up stats there about Fernandes but where’s the rest of the team? It’s not a one man team. Yes he performs the best in that team but it’s not just about Fernandes.”

“Take the heat and get on with it. I come back to where I started, you’re playing at Man United, you’ve come for a big transfer fee, the expectations level goes through the roof. That’s is problem, but just accept it.”

Keane: “We’ll watch him today against Man City, that’s it. It’s all about what you do on a football pitch.

“I know players are under pressure to do interviews and respond to criticism, but just get on with it.

“Don’t be such a baby. Focus on the game today and produce against a brilliant Man City team, end of story.

“If he does well, we praise him and if he doesn’t, he’d better be ready.”