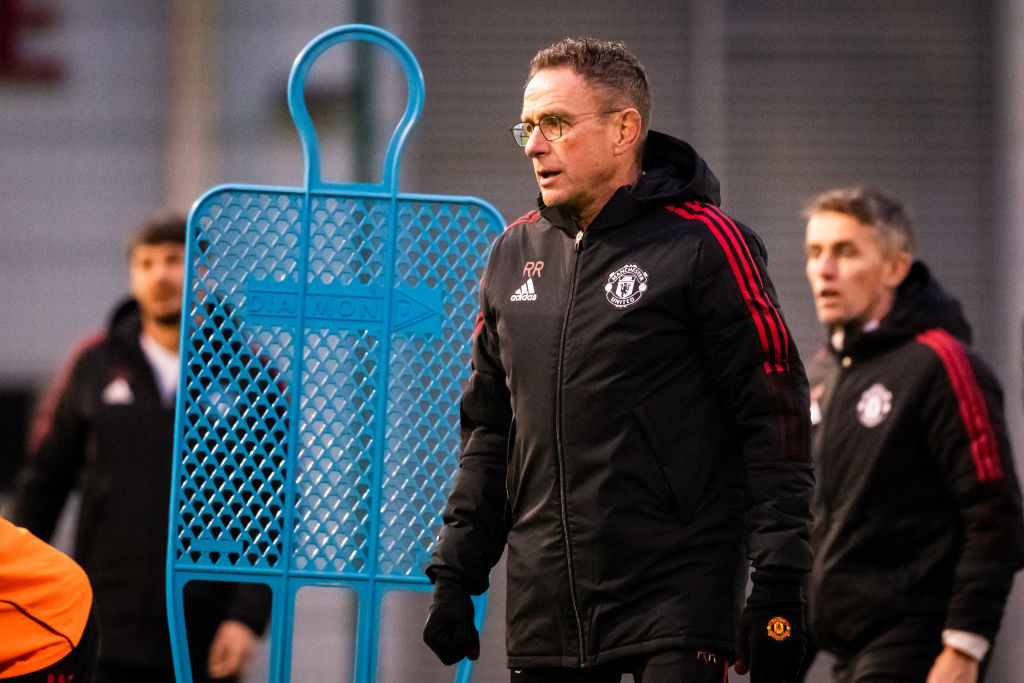 Ralf Rangnick has been the butt of the jokes this week at Manchester United, with the first team squad said to have been amused by an embarrassing mix-up which saw the interim boss turn up for training having forgotten he had given his players the day off.

The German arrived at Carrington on Tuesday morning, less than 12 hours after his misfiring side squeaked through to the next round of the FA Cup following a fortuitous 1-0 win over Aston Villa.

Ragnick turned up for work but discovered United’s training complex was virtually empty, before beating a hasty retreat.

A source told the Daily Mail: ‘He called inside from his car to ask where the testers were and was reminded the players were off. Then he drove away. It was the talk of the training ground. The players were all joking about it.’

United’s players, meanwhile, have been less with impressed by the scheduling of evening training sessions and they discovered on Friday that Ragnick will continue to implement the unpopular 2pm start times throughout the winter.

The Red Devils are back in action this evening against Villa, with the stinging criticism of Cristiano Ronaldo likely to still be ringing in the ears of his teammates.

The 36-year-old earlier this week questioned the character and mentality of a group of players that ultimately got Ole Gunnar Solskjaer the sack and have failed to show many, if any, signs of adapting to the ideas of their new coach.

Responding to Ronaldo’s criticisms in his pre-match press conference, Ragnick said: ‘If Cristiano, or any of the other older players, address that to the players directly on the pitch or in the dressing room, they are more than welcome to do that.

‘We have to work and develop as a team together and if it’s necessary to speak in a very direct manner to the boys, it helps a lot, even in the locker room.

‘If one of our players in the game doesn’t give his very best and put all the effort into it, then I will address that, you can be assured of that. So far I haven’t seen that.’