On the biggest stage of all, Sergio Oliveira put his name up in lights. Two clutch moments to help Porto execute one of their greatest ever European nights, 17 years to the day Jose Mourinho’s side dumped Manchester United out of the competition at Old Trafford.

Porto’s grit, determination and resilience that night was replicated once again in Turin and embodied by their fine wine Oliveira, an unknown entity to casual supporters before this tie.

Yet after one of the most breathtaking Champions League knockout ties in recent memory, many were left wondering why it had taken the 28-year-old six loan spells to make the grade at the Estadio do Dragao.

He was a class above everyone on the Allianz Stadium turf last night and his composure and technical quality in tight areas was a joy to watch.

It was a performance that Juventus manager Andrea Pirlo would have been proud of. The pitch was Oliveira’s playground, as he made a mockery of the Juve press. 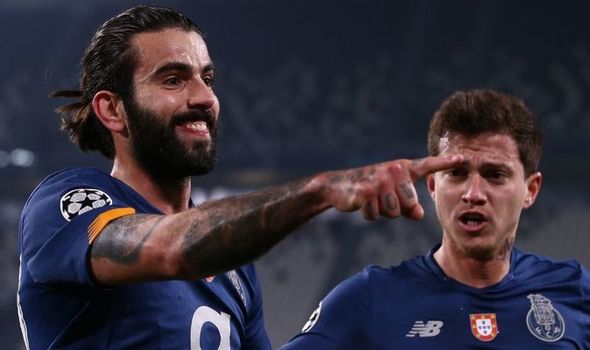 He struck the opener from the penalty spot and even after his side went down to 10-men, the Portuguese international held onto the ball with ease under pressure.

In extra-time, he drove home a stunning 30-yard free-kick under the wall that Wojciech Szczesny failed to keep out as Porto booked their place in the quarter-finals of the competition.

His star quality sees him considered as yet another stellar option for Portugal ahead of this summer’s European Championships, a nation that is already stacked with world-class talent.

Heading into the tournament and on the basis of last night’s masterclass, the mouthwatering prospect of Oliveira in a deeper midfield role behind Bruno Fernandes is something to admire.

And if United officials were watching on, they could be forgiven for wondering what it may be like having a player of Oliveira’s quality alongside Fernandes from a deeper midfield role at the moment.

Fred, Scott McTominay and Nemanja Matic have all impressed this season but when Paul Pogba is absent, United miss his presence dearly. A recurring theme in the past few weeks before the 2-0 win at Manchester City.

Oliveira dictated the game from central midfield and the control he gave Porto – even with 10 men – helped them get over the line.

He may turn 29 this summer but on the basis of his performances in the Champions League this season, he is well worth a punt. Particularly given he is likely to come reasonably cheap.

Last night he was there to be trusted, to take responsibility and that is the sign of a winner. As a squad player, United could do far worse than him even if his age represents a roll of the dice.

It was not just against Juventus that Oliveira decided to turn it on either. 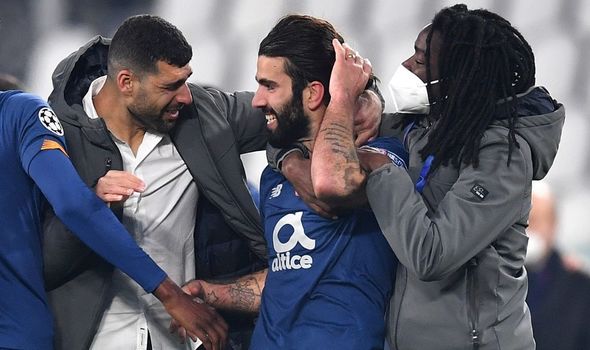 He has netted five times in eight Champions League matches this season, captaining the side in three of those. Porto conceded just once in Group C.

Oliveira already had 17 goals to his name this season in 36 matches, a hugely impressive ratio for a central midfield player.

Back in February 2020 before the coronavirus pandemic took hold, O Jogo reported that United scouts were in Portugal to watch Porto beat Benfica 3-2.

The report states that Oliveira was among the best player on the pitch that day and that United’s interest in Portuguese players did not end after signing Fernandes.

As a wild card option in the quest to become Premier League champions once again, Oliveira represents the kind of profile that Ole Gunnar Solskjaer will be desperate to add to his dressing room. Fernandes is likely to agree.