Manchester United have reportedly identified Borussia Monchengladbach frontman Alassane Plea as a potential replacement for Edinson Cavani, should he decide to leave the club this summer. Ole Gunnar Solskjaer is desperate to keep the Uruguayan veteran at Old Trafford for another season but his future is yet to be resolved.

Solskjaer is a huge fan of Cavani and believes his side are much better off when he leads the line.

But the former Paris Saint-Germain forward is keen to return to South America to be closer to his family.

United now need to decide whether they want to sign another stopgap option or go big on a new No 9.

The finances involved in a deal to sign Erling Haaland mean he is out of the question, with cheaper options likely to be pursued.

JUST IN: Julian Nagelsmann ‘follows Tottenham’ and thinks job would be ‘perfect match’ 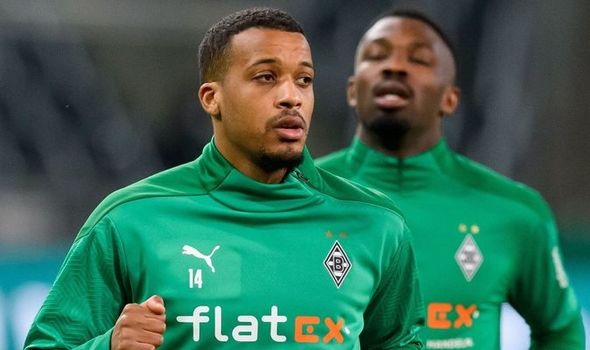 According to The Daily Mail, one of those is Gladbach’s Plea, who is also an attractive option for Arsenal.

The Frenchman is set to enter the final year of his contract in Germany, meaning he could cost as little as £15million.

Plea has just five goals in the Bundesliga this season but did net five times in eight Champions League matches this season.

Crucially, he can also play wide, something that makes him an attractive option to Solskjaer.

There are expected to be big changes at Gladbach this summer, with current boss Marco Rose set to join Borussia Dortmund at the end of the season.

United are also understood to be keen on signing another right-winger.

Solskjaer has wanted to add more quality in that area for some time, with Jadon Sancho amongst his top targets.

But the United hierarchy have refused to put their hands that deep into their pockets, instead of sanctioning cheaper signings.

That’s why Plea is now of interest to United and his low-cost addition would then allow United to invest in other areas of their squad, with centre-back also a priority. 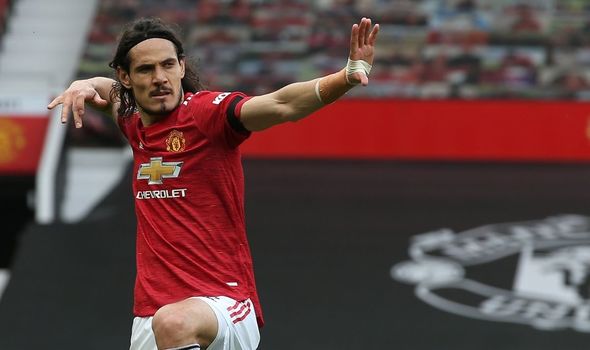 Reports from Argentina earlier this week claim Cavani has already told United that he wants to leave at the end of the season.

Speaking two weeks ago, Solskjaer made it clear he would do everything within his power to convince the striker to stay for one more season.

“We have had open and honest meetings and it’s no secret we want to keep him. I don’t think it is any secret that this has been a difficult year for everyone,” he said.

“With the pandemic, it has not been possible to have friends over, you can’t have family over without quarantine. He has not been able to experience the fantastic culture of Manchester and England and he is contemplating and thinking long and hard about what he wants to do.

“I understand. He knows what we want, I want him at Old Trafford in front of a full Stretford End scoring a header like today. Let’s wait and see.”