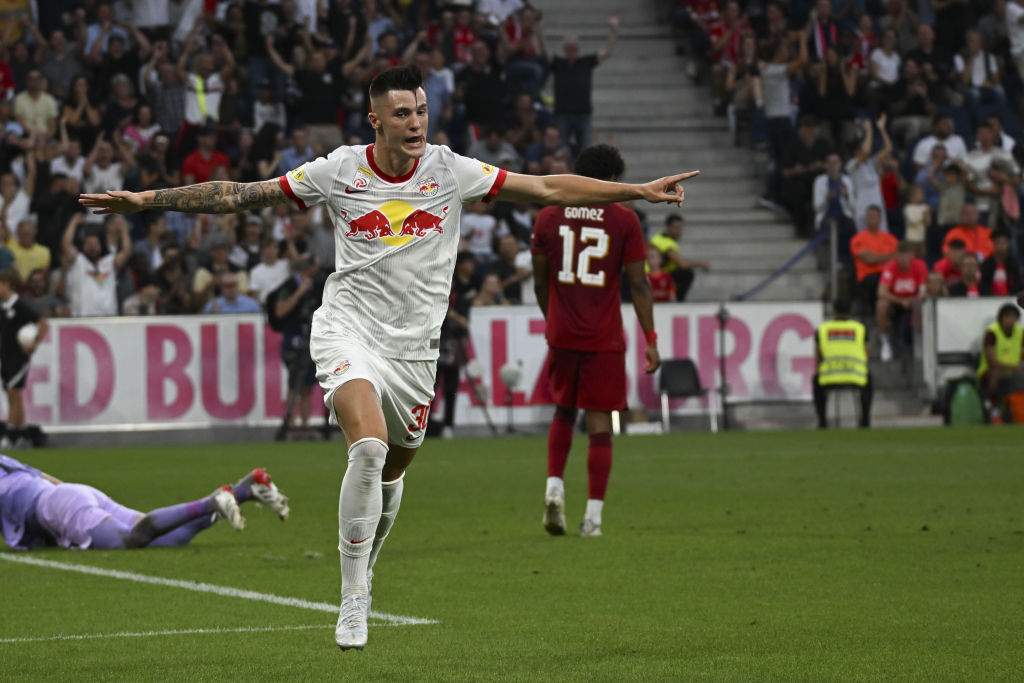 Manchester United have held talks over a potential move for Red Bull Salzburg striker Benjamin Sesko as they look for another option up front and a possible replacement for Cristiano Ronaldo.

Ronaldo is trying to force his way out of Old Trafford, intent on leaving the club a year before his contract comes to an end.

The Red Devils do not want to sell him, and have absolutely no interest in releasing him from his contract a year early, so there is stalemate at the moment between the Red Devils and the 37-year-old.

Whether the Portuguese superstar stays or goes, United manager Erik ten Hag has made it clear that he wants more options in attack, with a shortage of senior options after the departure of Edinson Cavani.

The Athletic report that there have been talks over a move for 19-year-old Sesko, although there has been little progress towards any potential deal.

Salzburg are not keen to sell the teenage striker at all and it would take a substantial bid for the Red Devils to get hold of their target this summer.

That is not out of United’s reach, but they may have been hoping to get the teenager from the Austrian league at a more reasonable price.

Sesko is a 6’4″ striker who has already been capped 13 caps for Slovenia, scoring two goals, having only turned 19 in May this year.

He scored 11 goals in all comeptitions last season and has started this campaign with Salzburg with two goals in two games, also scoring the only goal in the friendly win against Liverpool on Wednesday.