Manchester United reportedly held talks with the entourage of Bayer Leverkusen forward Leon Bailey, in a bid to sound out his availability. The Jamaican international has not been short of potential suitors in the past few years, having become one of the most highly-respected forwards in the Bundesliga.

The 23-year-old was a product of the Phoenix All Stars Academy in Jamaica before spells with Liefering in Austria and AS Trencin in Slovakia.

But it was Genk where the wideman really started to make his name, as he was named the Young Player of the Year in Belgium.

He was soon snapped up by Leverkusen and now there is a long line of clubs keen to prise Bailey away from the BayArena.

His current deal is due to expire in the summer of 2023 and Leverkusen are keen on extending his stay but face an uphill battle. 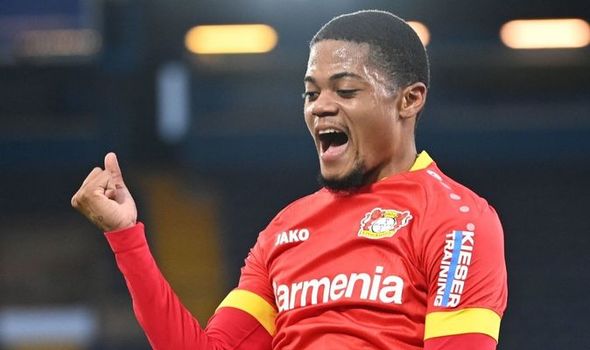 United have sent scouts to watch Bailey in the past 18 months and he is understood to be one of the wide forwards currently under consideration.

According to journalist Jonathan Shrager, the Red Devils have already held talks with his representatives over a potential move.

His agent Aidy Ward, who also represents Raheem Sterling, is also alleged to have spoken with both Tottenham and AC Milan.

Upon joining Bayer Leverkusen, Bailey admitted that a host of Premier League big guns were in the running for his signature.

“Manchester United, Manchester City, Chelsea, Liverpool – a lot of clubs were interested,” he told FourFourTwo. “[But] you want to develop in the right environment; around the right minds and mentality.”

Now could be the right time for Bailey to make his move to the Premier League, when the transfer window reopens this summer.

United are expected to move for a forward as Ole Gunnar Solskjaer looks to bolster his frontline.

The club have cooled their interested in Jadon Sancho, who was the subject of a £90million bid in October, but with Borussia Dortmund expected to lower their asking price to £50m, a deal could be reignited. 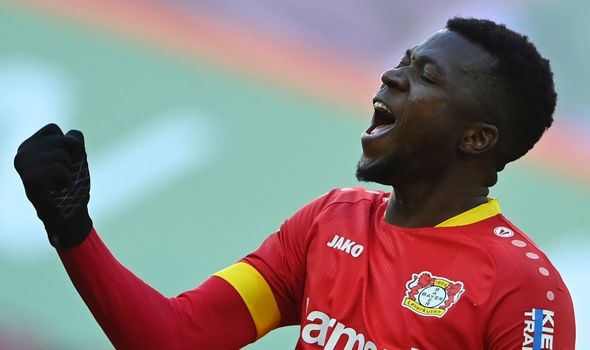 Express Sport can reveal that Bailey isn’t the only Leverkusen man the club’s scouting department are keeping tabs on.

That’s because United are currently analysing the performances of centre-back Edmond Tapsoba, who was recommended to them by a highly-respected figure.

The 22-year-old is now the bedrock of the Leverkusen defence having arrived for an initial £15m from Vitoria Guimaraes in January 2020.

Tapsoba has also been watched by Leicester and Wolves in the past year and has a £44million release clause.