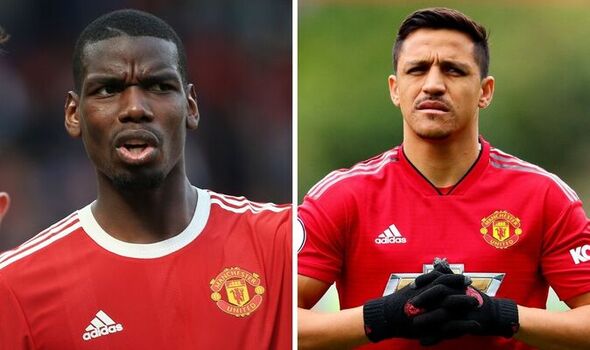 There was a time when Manchester United were constant pests for Liverpool at Anfield with Sir Alex Ferguson the master of beating their arch rivals in their own backyard. But those days are firmly in the past now with Jurgen Klopp’s Liverpool side running the roost over United in recent years.

United haven’t won at Anfield in the league since Louis van Gaal beat Liverpool 1-0 in January 2016. Even more frustrating for United has been the shift between the two sides in challenging for major trophies on a regular basis.

Liverpool have gone on to win the Champions League and Premier League while United have been nowhere near challenging for the two biggest prizes. But United haven’t been short of money to try and get back to where they once were with an eye-watering £826.6million – according to Transfermarkt – spent on new signings since their last win at Anfield.

In comparison, Liverpool have spent around £550m with most of Klopp’s signings making an impact in some form. The same can’t be said for the fortune spent at Old Trafford in the past few years though.

That summer after United’s last win at Anfield saw Jose Mourinho replace Van Gaal and he broke United’s club record fee to sign Paul Pogba for a fee in the region of £90m. He was also joined by Henrikh Mkhitaryan and Eric Bailly that same summer with both players costing a combined £73m.

Mkhitaryan was sold less than two years later having failed to impress and, while Pogba and Bailly are still at the club, neither of them have been able to live up to expectations. Big money was spent the following summer on the likes of Romelu Lukaku, Victor Lindelof and Nemanja Matic with Alexis Sanchez joining as part of the deal with Arsenal for Mkhitaryan.

Matic was arguably good business due to his experience at the highest level and Lindelof has been hit and miss, but both Lukaku and Sanchez were ridiculed by United fans during their short spells at the club.

Mourinho was backed heavily again in 2018 with big money spent on Fred as well as Diogo Dalot. Both 2018 summer arrivals have now established themselves as first-team regulars under Ralf Rangnick, but their price tags remain questionable.

A more concerted transfer plan followed under Ole Gunnar Solskjaer and Bruno Fernandes has been a huge success since his arrival. But there are still question marks on both Harry Maguire and Aaron Wan-Bissaka, both of whom United paid a huge premium for in 2019.

The biggest blip on Solskjaer’s transfer business was that of Donny van de Beek as United were arguably not in need of another creative midfielder. While being highly-rated in Europe, Van de Beek has failed to get a sniff of regular minutes at Old Trafford and was sent out on loan to Everton in January.

Bigger and better things are expected of Jadon Sancho, who arrived last summer, and Cristiano Ronaldo being signed for a cut-price fee was arguably the bargain of the transfer window. But Raphael Varane has also struggled to replicate the kind of form he showed in La Liga with Real Madrid.

With just under £1billion spent on players since their last win at Anfield, United would have expected to be closer to their rivals. But the 19-point gap between the two sides heading into this evening’s match, is further evidence of the gulf in class between the arch rivals at this current moment in time.

Even more millions are expected to be spent by United this summer in a bid to catch both Liverpool and Manchester City. With Erik ten Hag set to take charge, the Dutchman will undoubtedly be aiming to be more successful in the transfer market than his predecessors in helping to rebuild United.