Ten Hag: Martial can shine for Man Utd if he has the right focus

Manchester United believe they are still favourites to sign Barcelona midfielder Frenkie de Jong despite interest from Chelsea. The Dutchman has been Erik ten Hag’s top target all summer but the move has stalled in recent weeks over an unpaid wage bill, however, a summit will soon be held to sort out the issue.

It is no secret that the Red Devils would like to bring the Netherlands international to Old Trafford having publically pursued him all summer. The club reportedly agreed a £63million deal for the player earlier in the window but have been able to get the move over the line.

The transfer has stalled over an unpaid wage bill that De Jong is still owed by Barcelona. The club are believed to owe the 25-year-old around £17m in wages and bonuses after the Dutchman agreed to defer his payments to help the Spanish side negotiate the Coronavirus crisis.

The delay has caught the attention of Chelsea as they contemplate hijacking the deal for the player. However, Spanish publication Sport reports that United know they are still favourites despite Thomas Tuchel’s enquiries. The Blaugrana are holding out for a convincing offer from the Stamford Bridge side before even contemplating a deal. 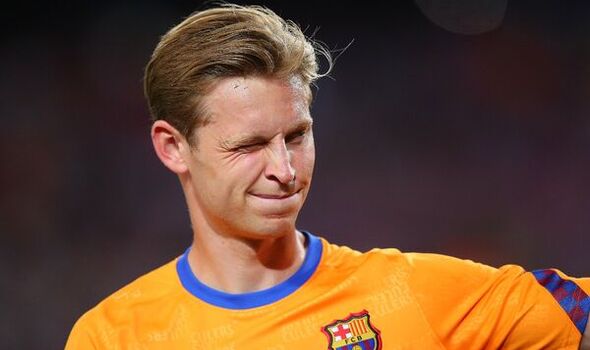 However, the site also reports that the deal will continue to be ‘frozen’ until the issue of De Jong’s wages is sorted out. The ex-Ajax man will not listen to the club or attempt any negotiations until he is paid his dues. The situation hence remains tense and there is likely to be a summit in the coming days in order to clear the issue up.

Barcelona have made cleato De Jong that they only wish r to sell him for financial reasons and not for his performances. The La Liga runners-up have raised eyebrows throughout the transfer window by engaging in lavish spending despite being around £1billion in debt.

They have already spent around £150m bringing Raphinha, Robert Lewandowski and Jules Kounde to the club and have now set their crosshairs on Bernardo Silva. However, they concede they cannot prepare a bid for the Manchester City star until they have sold one of their own assets, hence their willingness to let De Jong depart. 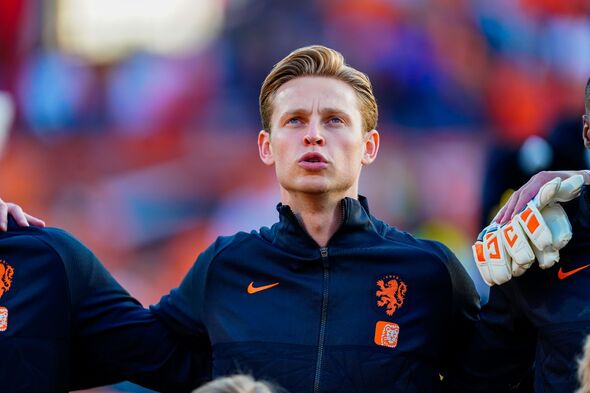 It remains to be seen whether or not Ten Hag will eventually be reunited with his former Ajax prodigy as the transfer saga continues to rumble on. However, it is certain he will not be with the United squad before the start of the Premier League season with the Red Devils getting their season underway against Brighton on Sunday.