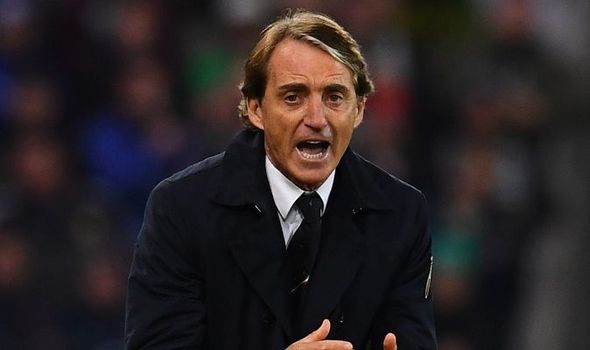 Manchester United have been sensationally rejected by former Manchester City boss Roberto Mancini as they continue their search for Ole Gunnar Solskjaer’s replacement, according to reports. Solskjaer was sacked on Sunday after overseeing a terrible run of form that sees the Red Devils fighting to finish in the Premier League’s top four.

It has been widely reported that United might look to appoint a caretaker manager until the end of the season. That was how Solskjaer initially landed the job in December 2018.

The Norwegian replaced Jose Mourinho and did so well in his first few matches that he was appointed on a permanent basis.

But the club’s recent form, including big defeats against Liverpool, Man City and Watford, condemned Solskjaer to the sack. His successor has the tough job of steering United back among the top-flight’s elite.

A couple of club legends have already been linked with the job. Steve Bruce, who recently departed Newcastle, has been tipped as a possible interim head coach. His son Alex believes the 60-year-old would be up for helping the club.

Mauricio Pochettino has long been linked with the United hotseat and although he currently manages Paris Saint-Germain, it has been suggested that he might be willing to depart the French capital and return to England.

However, it now appears that United sought a potentially controversial figurehead. Former City boss Mancini has reportedly been sounded out but has turned down the role.

According to Sport Bild, the Old Trafford hierarchy approached Mancini to ask if he would consider replacing Solskjaer but the Italian is instead focused on helping his country reach the World Cup.

They face a play-off to determine whether they will head to next winter’s tournament in Qatar.