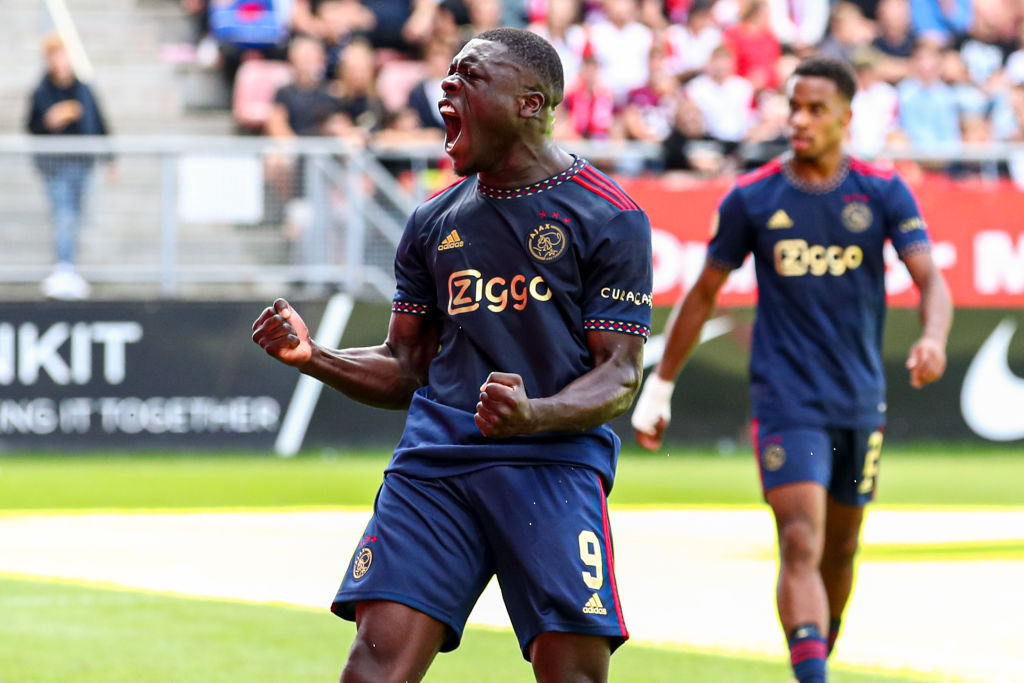 Brian Brobbey admits he would like to play for Manchester United one day, despite turning down an approach from Erik ten Hag to join him at Old Trafford this summer.

The 20-year-old forward was impressive at Ajax in the second half of last season, scoring seven goals in just 11 league appearances while on loan from RB Leipzig.

The Dutch side – who had sold Brobbey to Leipzig in the first place – re-signed him this summer, but faced competition from the Red Devils.

The young striker told ESPN NL that his former manager had been in touch, but he preferred to continue his development at Ajax for the coming season.

‘Erik sent me a message, yes,’ said Brobbey. ‘To congratulate me, and to tell me that he would like to have me in Manchester.

‘But I’m not finished at Ajax yet, I want to show something here first.’

Tellingly, though, asked where he hopes to play one day, Brobbey laughed but still said: ‘Manchester United.’

The youngster may well be hoping that Ten Hag comes calling again in the future with an offer to bring him to Old Trafford, joining former teammates Antony and Lisandro Martinez in Manchester.

Brobbey has begun the season at Ajax with two goals in five Eredivisie appearances, with the Dutch champions getting their European campaign underway on Wednesday evening when they host Rangers in the Champions League.

The striker had hinted at wanting a switch to Old Trafford before, when it was first announced that Ten Hag would be leaving Ajax, but insisted he was joking at the time.

‘I am very happy for [Erik ten Hag] and he really deserves it after everything he has done for Ajax,’ said Brobbey. ‘If only he brings me with him in two years…. no no.. joking joking!’