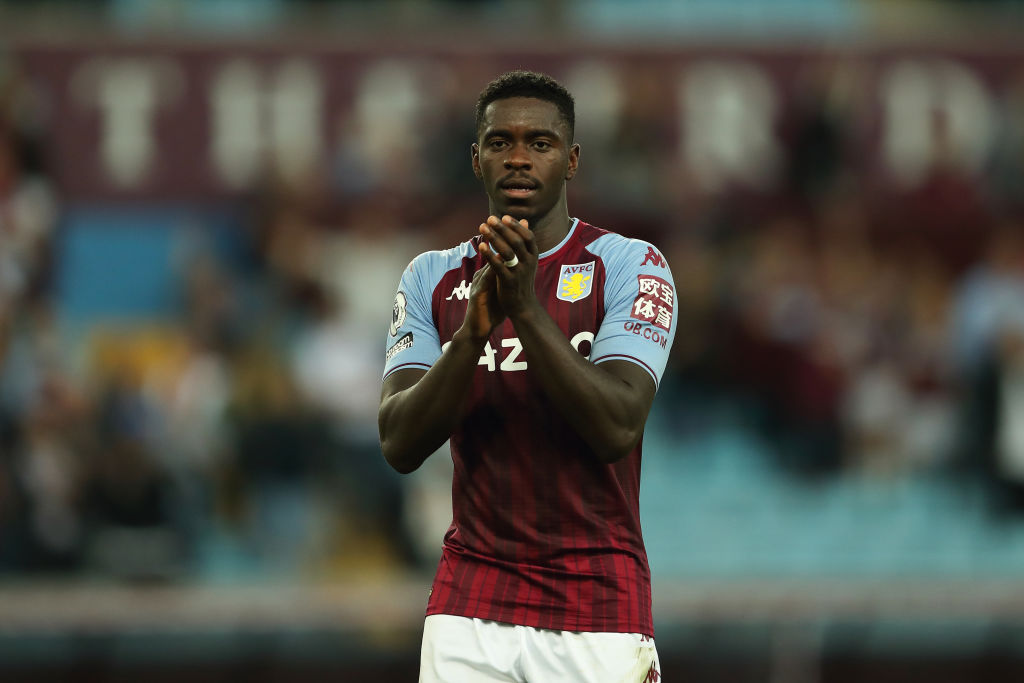 Tuanzebe was signed on loan by Aston Villa in the summer transfer window and featured regularly under Dean Smith before his sacking at the start of November.

The 24-year-old’s loan was subsequently cut short by United and the defender has now joined Napoli on a temporary deal for the remainder of the season.

And Dimitri Tuanzebe believes Gerrard’s past history with United was a factor behind the decision to freeze his brother out of the first team at Villa.

‘Axel is very excited to begin a new chapter in his football career, playing abroad and for a club with so much history behind it and fans who worship football,’ Dimitri Tuanzebe told ESPN.

‘Axel didn’t decide to move until it became very clear that he isn’t the manager’s first-choice centre-back and the Napoli offer was very tempting.

‘I have a lot of mixed emotions when it comes to Axel’s time at Villa. He is loved by the fans as he contributed highly to the club’s success in the Championship where he was one of the key players that helped Villa return to the Premier League.

‘However, following the arrival of Steven Gerrard at Villa Park, it felt as if the rivalry between Man United and Liverpool came to life.

‘For the avoidance of doubts, Axel was very open to staying at Villa, he loves the fans, being in Birmingham but he also has a career that he can only build and reach his full potential in an environment where opportunities to play are fair.

Man United was very supportive of the move, made sure that it was in favour of Axel’s career and Napoli did everything within their power to make the deal possible. As Axel’s agent, I made sure that the deal went ahead by working in collaboration with trusted partners in the UK and Italy.

‘Man United contacted me directly to notify me of Napoli’s interest, I added them to the list of clubs interested and then assessed all options with the help of my family, trusted partners and Axel.

‘After multiple meetings with interested clubs’ sporting directors and managers, we all concluded that Napoli is the best option.’