Man Utd: How impressive has Paul Pogba been?

Paul Pogba has admitted that Edinson Cavani possesses a certain “quality” that Manchester United team-mate Anthony Martial lacks. Cavani joined United on deadline day back in October in what was then regarded as a panic buy from the Red Devils.

As he was a free agent throughout the summer, questions were raised as to why United hadn’t gone in for Cavani earlier on if he was one of their top targets.

But it’s proven to be a shrewd piece of business so far with the Uruguayan scoring some important goals since his debut.

He scored twice against Southampton back in November to help United turn around a 2-0 deficit to record a famous stoppage-time victory.

And Cavani was on the scoresheet again on Wednesday in the 2-1 win over Fulham to help United regain top spot in the table. 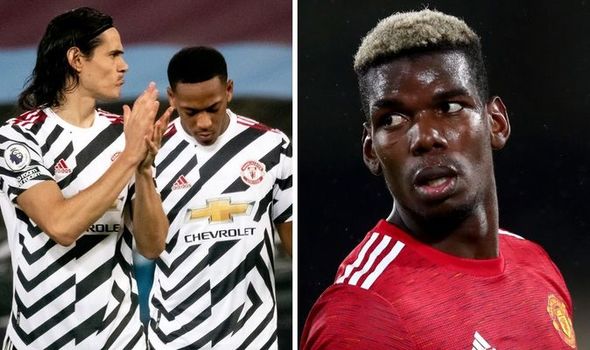 Martial meanwhile has struggled to rediscover his best form this campaign, with just two league goals in 13 starts.

Cavani remains a back-up option for Ole Gunnar Solskjaer, but there have been calls for the United boss to bring him into the starting line-up on a more regular basis following his performance against Fulham.

Pogba stole the headlines on Wednesday night with his incredible match-winning effort from long range.

Cavani’s finish was in stark contrast as a real poacher’s effort from close range after Alphonso Areola dropped a cross from Bruno Fernandes.

And Pogba believes the experienced striker adds a different dimension to United’s attack that Martial, or Marcus Rashford, can’t offer.

“Everybody knows that Edi is a top-class striker and there’s few strikers like this in the world, and we had the chance to have one,” he told MUTV.

“We know the hardest goals are those goals. We have talented players – Anthony Martial, Rashy in front, even Mason, that they can shoot from outside and stuff – but they don’t have this, the experience of Edi, and they don’t have the same quality of Edi as well.

“So I think we complete each other with the players we have in front and Edi can obviously show his class like he did today. 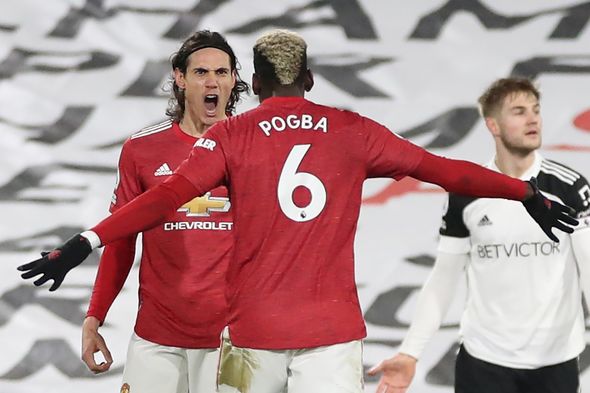 Rashford was left out of the starting line-up for only the second time in the league this season with an FA Cup fixture against Liverpool to come on Sunday.

The 23-year-old has once again enjoyed a strong season with seven goals and eight assists and Solskjaer will be hoping to have him firing on all cylinders against Jurgen Klopp’s side.

But it remains to be seen whether Martial or Cavani will be named in the starting line-up to face the Reds.