Manchester United winger Jadon Sancho has explained the reasoning behind his shinpad goal celebration in the Red Devils’ 2-0 win over FC Sheriff in the Europa League on Thursday. The England winger opened the scoring as he chopped back onto his left foot and fired past the Moldovan side’s goalkeeper, before Cristiano Ronaldo added the second from the penalty spot.

After Sancho gave his side the lead in the Zimbru Stadium, he held up his shinpads to the camera as fans were left wondering what the meaning behind the celebration was. In a viral interaction between the former Borussia Dortmund man and a young fan, Sancho signed a matchday programme for the supporter after United’s 1-0 defeat to Real Sociedad last week.

The fan also had a present for Sancho, as he gave the England winger a pair of shinpads with the United star’s face on them, which he accepted and gave the youngster a high-five to end a wholesome conversation. Speaking after the game to BT Sport, Sancho confirmed: “He gave me some shinpads and he asked me to wear them, so it was a gesture from me to show I was wearing them.”

He admitted that it was a “must-win” game having already suffered defeat in their opening Europa League tie with Sociedad. “Starting the campaign with a defeat was an upsetting result, so we knew that today was a must-win,” Sancho told MUTV. 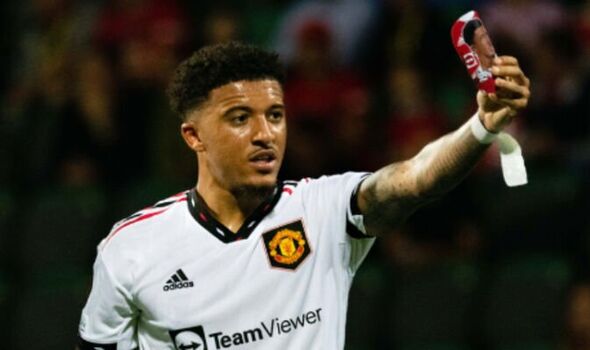 “I am very delighted [with the goal]. Again, the most important thing was the three points and I will have to keep working hard for the team.” Sancho sent an immediate response to England manager Gareth Southgate after he was left out of the boss’ squad to face Italy and Germany in the Nations League despite a strong start to the season.

United icon Paul Scholes claimed that Sancho “deserves” to be in the squad over Manchester City’s Jack Grealish, who has struggled to justify his £100million price tag since moving from Aston Villa last summer. 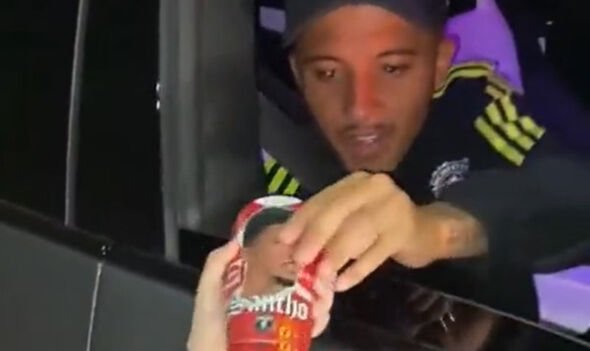 “Gareth’s picked his players for a reason, possibly from previous squads,” Scholes told BT Sport. “I think he probably deserves to be in over Jack Grealish at the minute. He scored a good goal against Liverpool, showed signs tonight, he’s better when he’s coming inside and linking play.

“He doesn’t have that electrifying pace to go passing someone on the outside or on the inside. When he was good at Dortmund, he had [Erling] Haaland, [Achraf] Hakimi, he always had someone to link with.

“At Manchester United if he can link with [Bruno] Fernandes or [Christian] Eriksen, clever players to link with, he could be a good player for Man United.”