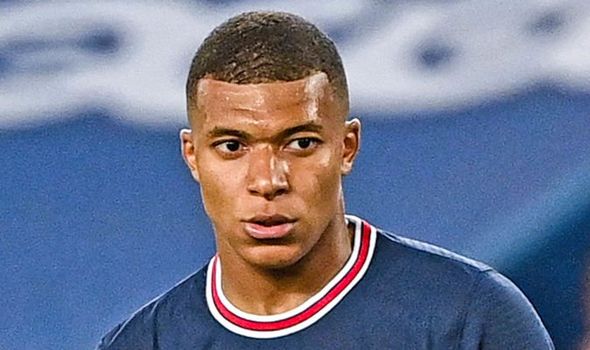 Manchester United have put Kylian Mbappe on a list of four potential replacements for Edinson Cavani, reports say. The Uruguay international is expected to leave Old Trafford on a free transfer at the end of the campaign. And his former Paris Saint-Germain team-mate is being eyed as a result.

Manchester United had originally expected Cavani to leave this summer, with the 34-year-old previously targeting a return to South America with Boca Juniors.

However, after ending last season in fine form, the veteran then decided to stay at Old Trafford for another 12 months.

United know they can’t rely on Cavani forever, however, with the Uruguay international entering the twilight years of his glittering career.

And ESPN say the Red Devils are interested in signing Mbappe from PSG as a potential replacement, with the forward’s future at the Parc des Princes currently uncertain.

Mbappe has been at the club ever since moving from Monaco back in the summer transfer window of 2017.

He originally joined on loan before moving on a permanent basis for a massive £166million the following year.

At the moment, however, his long-term future in Paris is up in the air.

Mbappe’s contract expires at the end of the current campaign and, though Real Madrid are seen as frontrunners in the race to sign the 2018 World Cup winner, United could capitalise on the situation instead.

United know the forward would likely prefer a move to Spain with Real Madrid.

But they’re still eyeing a deal nonetheless, with the player’s availability on a free transfer making him a particularly appealing target.

And Mbappe isn’t the only striker United have on their radar.

For the latest news and breaking news visit:/sport/football