Manchester United are ‘open’ to signing a right-back this summer as Erik ten Hag looks to continue the reshuffle of his squad. Frenkie de Jong remains a long-standing issue for the club as the midfielder is still digging his heels in over a move, whilst a striker is also a priority.

The arrivals of Lisandro Martinez, Tyrell Malacia and Christian Eriksen have all freshened up the Red Devils’ dressing room, though Ten Hag remains unsatisfied with his summer dealings and wants to continue his spending spree. Midfield has been an issue for United long before the Dutchman’s arrival, and solving the issue is top of the former Ajax boss’ ‘to do list’.

However, De Jong is still keen to remain a Barcelona player this season – with rumours circulating that he may be willing to move on if he is paid out by the Catalan giants. With Cristiano Ronaldo also pushing heavily for a move, signing a striker has become a priority for Ten Hag – though it was an area of the pitch that the manager wanted to address regardless.

Manchester Evening News have reported that the club are also open to signing a right-back, despite Ethan Laird being set to join Championship side Watford on loan. The outgoing does not secure Aaron Wan-Bissaka’s future at Old Trafford though, and the club are ‘eager’ to move him on and find a replacement. 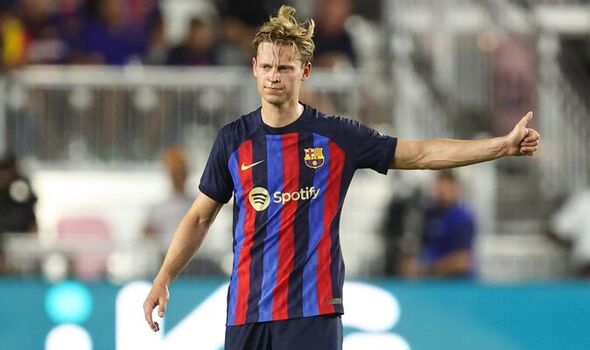 The 24-year-old was signed from Crystal Palace in 2019 for £50million, but he has failed to progress since and is now deemed surplus to requirements at the club. Diogo Dalot is currently seen as the first-choice right-back by Ten Hag and despite enquiries into the availability of the Portugal international, it is reported that United are telling suitors that the only player in that position that they will listen to is Wan-Bissaka.

A return to Selhurst Park is speculated to be on the cards for the defender, whilst Jose Mourinho’s Roma are also believed to be in the race. It remains to be seen whether the exit from the Theatre of Dreams will be a loan or a permanent move; and if the latter, how much of the bumper £50m fee will United be looking to recover. 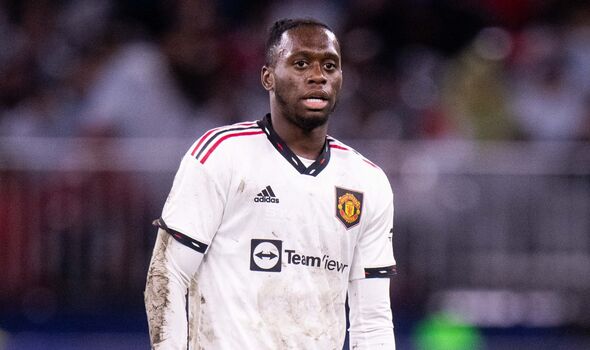 Ten Hag will be keen to put any newfound funds towards further summer signings, and it could certainly bolster the budget for a striker. Ajax forward Antony has been sighted as a target by United, but his side are not willing to part with any more players this summer.

Stuttgart target man Sasa Kalajdzic reportedly remains on the club’s shortlist, though Real Madrid and Bayern Munich are also amongst those keen on the Austria international. Red Bull Salzburg Benjamin Sesko has also been heavily linked with a move to the Theatre of Dreams.