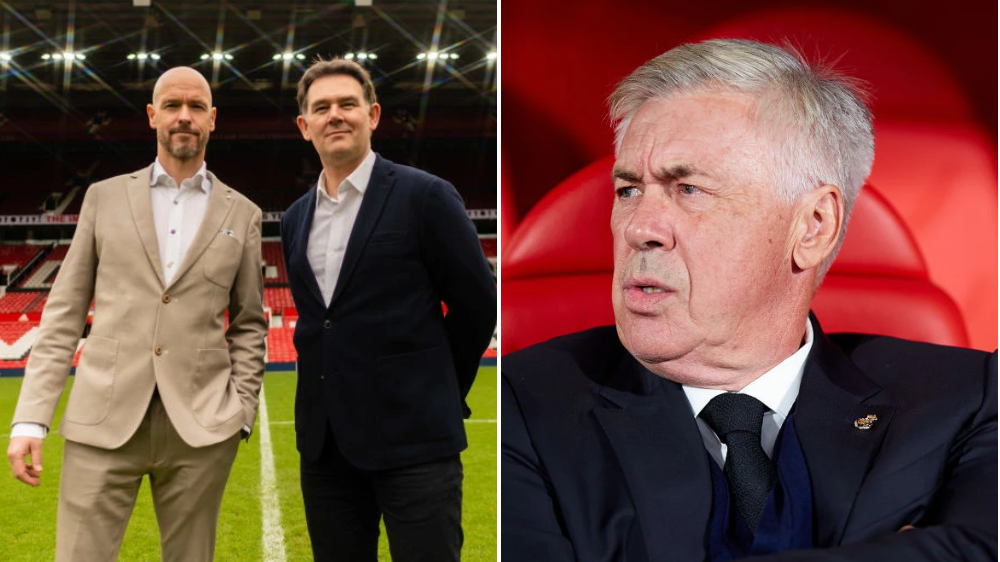 Manchester United are scrambling to make new signings before the transfer window closes and have sent officials to Spain to weigh up a raid on Real Madrid, according to reports.

United have been unsuccessfully pursuing Barcelona’s Frenkie de Jong for most of the summer, with Ten Hag desperate to bolster a midfield that has lost the likes of Paul Pogba and Nemanja Matic.

While the Red Devils’ hierarchy have not given up on signing De Jong completely, they have now started to explore alternatives – such as Juventus’ Adrien Rabiot.

But Ten Hag wants two new midfielders signed before the deadline, with a more defensive and destructive midfielder also on his wish list to provide balance alongside a more creative, playmaking presence.

According to Spanish newspaper Marca, that has now seen United turn their attention – in a rather astonishing move – to Real Madrid holding midfielder Casemiro.

The Brazilian has been a key component of Real’s multiple Champions League wins, including last season’s over Liverpool, and remains a central part of Carlo Ancelotti’s squad.

Yet United believe the 30-year-old could be a genuine option for them this summer and have directors in Madrid right now to weigh up the possibility of a deal.

The Red Devils are yet to register any official interest or open talks with Real, but are currently evaluating the logistics and likelihood of luring Casemiro to Old Trafford.

Although Ancelotti remains a massive fan of the Brazilian, he is also conscious of the abundance of talent he has in midfield – particularly young, emerging players looking to dislodge the established core of Casemiro, Luka Modric and Toni Kroos.

Federico Valverde has often lined up out of position on the wing in big games, while Eduardo Camavinga has impressed frequently off the bench – as did Dani Ceballos.

Real have also spent big on signing Aurelien Tchouameni this summer, meaning United may sniff the possibility of the Spanish champions being open to offloading one of their plethora of central midfielders.

However, Real are believed to be keen to keep hold of Casemiro – who enjoys a special relationship with Ancelotti – and would likely rebuff any interest, though they are open to the possibility of some transfer movement before the window closes.

In addition to signing two midfielders, Ten Hag also wants to bolster his attacking options, with Anthony Martial’s injury and Cristiano Ronaldo’s lack of sharpness meaning Eriksen had to play as a false nine in their opening match of the Premier League season against Brighton.

Marca report that the presence of United officials in the Spanish capital could also be to work on deals for two Atletico Madrid forwards.

The Red Devils were rumoured to have been offered striker Alvaro Morata – who spent last season on loan at Juventus – while Brazilian attacker Matheus Cunha has also been linked with a big-money switch to Old Trafford as they desperately search for a frontman.