The controversial Woodward announced last week that he would be resigning from his role as executive vice-chairman at the end of 2021, amid the now collapsed plans to form a European Super League.

Woodward has held the post since 2012, but the Red Devils will now be seeking a replacement.

Peterborough United director of football Barry Fry has told United’s owners that they must consult Ferguson before they make the appointment.

Ferguson is the club’s most successful manager of all time, having won 13 Premier League titles, five FA Cups and two Champions Leagues across a 26-year spell.

“I think if I owned Manchester United, I’d be going to Sir Alex and saying, ‘what do you recommend?’,” Fry, an apprentice at United during his playing days, told Football FanCast. 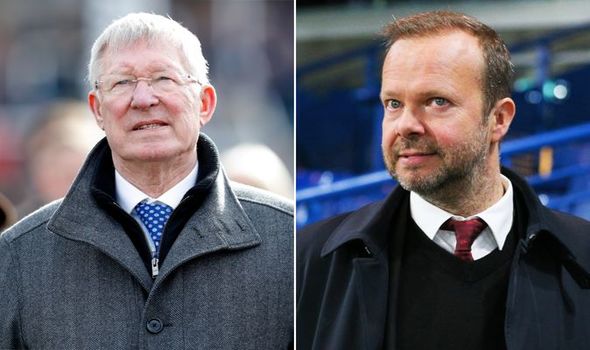 “Because, as he proved for 26 years, with the amazing career he had there, there will never be anybody like that, winning so many trophies. He’s respected throughout the world and he knows everybody.

“I would definitely, if I was anything to do with Manchester United, be going and saying: ‘what do you suggest?’”

Woodward will depart just short of a decade as executive vice-chairman. The 49-year-old previously held advisory roles to the Glazers and in 2007 was put in charge of the club’s media and commercial operations.

His most recent role has involved overseeing transfers. The most high-profile was the 2016 capture of Paul Pogba from Juventus for £90m, just four years after the midfielder had been allowed to leave Old Trafford for free.

Woodward has faced vast criticism for his work, and that came to a nadir when he was involved in the club’s decision to join the European Super League with 11 other clubs from the continent.

The Red Devils have since withdrawn alongside the five other English teams involved.

Upon the announcement of his departure last Tuesday, Woodward said: “I am extremely proud to have served United and it has been an honour to work for the world’s greatest football club for the past 16 years.

“The club is well positioned for the future and it will be difficult to walk away at the end of the year.

“We have invested more than £1bn in the squad during my time here and I am particularly delighted with the progress the players have made under the astute leadership of Ole Gunnar Solskjaer and his coaching team in the last two years.

“I am sure that with the changes we have made on-field and to the coaching and football staff in recent years this great club will soon be lifting silverware again. It deserves to.

“The last 16 months have brought so many unique challenges and the club’s work in the community and around the world during the COVID-19 pandemic has been heroic.

“The financial impact on football clubs has been severe, but United have been one of the most robust and resilient in the face of extraordinary financial pressures.”