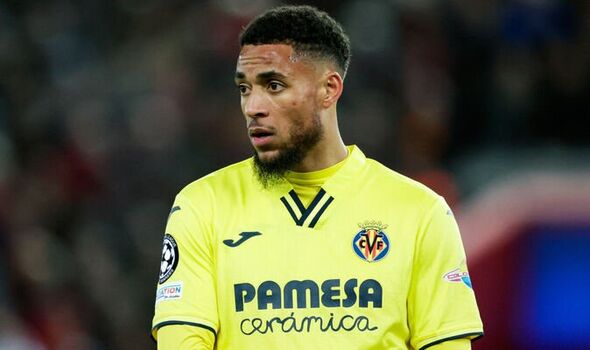 Manchester United might end up with a regret worth £17million if transfer target Arnaut Danjuma signs for Premier League rivals Liverpool. Villarreal winger Danjuma has been linked with a departure ahead of the summer transfer window and could return to England.

The Red Devils are expected to replenish their forward line to fit new boss Erik ten Hag’s style. Danjuma has been suggested as a possible signing following his excellent form in Spain.

Villarreal signed the 25-year-old from Bournemouth last summer and he has enjoyed an excellent season. The Dutch international scored 16 goals, including six during the club’s run to the Champions League semi-final. Danjuma’s form has boosted his reputation as one of Europe’s most exciting wingers. United and Liverpool have both been linked, but the former risk having a strong regret over the ace.

According to the Manchester Evening News, he was being considered last summer following a fantastic year in the Championship with Bournemouth. United ultimately signed Jadon Sancho in a blockbuster £75m deal while Villarreal snapped up Danjuma for around £21m (€25m).

JUST IN: Manchester United had reason to hire Erik ten Hag due to Sancho belief

The report continues that, should the Old Trafford outfit want to sign Danjuma this summer, they will have to pay his £38m (€45m) release clause. They could also face strong competition from Liverpool, who might need to source a replacement for Sadio Mane.

The Senegalese ace has been strongly linked with a transfer to Bayern Munich and, despite signing Luis Diaz in January, Liverpool would surely want to sign another forward if Mane departs. In February, transfer guru Fabrizio Romano said Liverpool would have Danjuma on a shortlist ahead of the summer.

He said on his YouTube channel: “Liverpool will have the player (Danjuma) on their list, as they always have and did with Luis Diaz in January too. Danjuma is a different player as he’s also playing as a No.9, he will be on Liverpool’s list and also other clubs.”

Danjuma would be a ready-made replacement for Mane given his ability to play through the middle of the attack, in addition to his more natural role out wide. The former Club Brugge star scored 15 Championship goals for Bournemouth in 2020-21 before earning a move to Villarreal.

“I 100 per cent enjoyed my time in England. Looking back now I no way appreciated it as much as I should have done when I lived there. For me, it’s just such a nice country to live in and I’m fluent in the language so that helps as well. I’m trying my best at Spanish as well. I’ve got family that still lives in England,” Danjuma said in April.

But if he joins Liverpool – rather than United – the Red Devils could be left with another ‘what if?’ situation.