Manchester United could help Barcelona snatch Bernardo Silva from Manchester City boss Pep Guardiola by landing Frenkie de Jong this summer. Barca president Joan Laporta is an outspoken fan of Bernardo’s, although a move is thought to rest on whether the Red Devils finally haul a deal for De Jong over the line.

La Blaugrana have already splashed out on Robert Lewandowski, Raphinha and Jules Kounde this summer. Their frivolous spending spree has raised eyebrows around the continent given the crippling financial issues that forced them to part ways with club legend Lionel Messi last year.

It seems certain that the Catalan side will have to raise some money if they are to continue spending. De Jong is considered the most lucrative cash cow that they would be willing to part with this summer, and United have already agreed an initial £63million fee.

But all parties are currently in a standoff due to £17m of deferred wages that De Jong’s camp feel he is owed. The midfielder originally seemed reluctant to join the Red Devils but various reports indicate that he is warming to the idea. 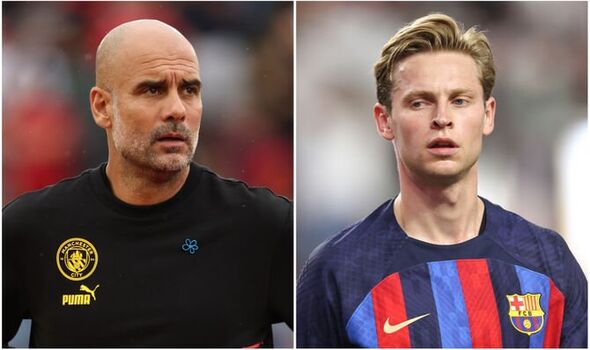 A resolution would land Barcelona with a hefty cash injection that, according to COPE, would help them go after City star Bernardo Silva. The Sky Blues have reportedly quoted £84m to sanction a deal, with personal terms not expected to be an issue for the Portuguese.

Pep Guardiola and co rarely prevent players from leaving, so long as they are paid the full asking price. That is evidenced by the sales of Raheem Sterling, Gabriel Jesus and Oleksandr Zinchenko this summer, with the huge proceeds meaning that City are under no financial pressure to accept a sub-par bid.

Bernardo put together his best season in terms of output last time out, registering eight goals and four assists in the Premier League alone. He has been a mainstay of Guardiola’s midfield over the past five campaigns, racking up more than 250 appearances and winning nine domestic trophies.

His mesmerising feet, game intelligence and incredible work rate make him a perfect fit for Guardiola’s system which, in turn, would make him almost impossible to replace in the transfer market. As such, United could deal their cross-city rivals a devastating blow by landing De Jong and setting the wheels in motion for Barca’s Bernardo swoop. 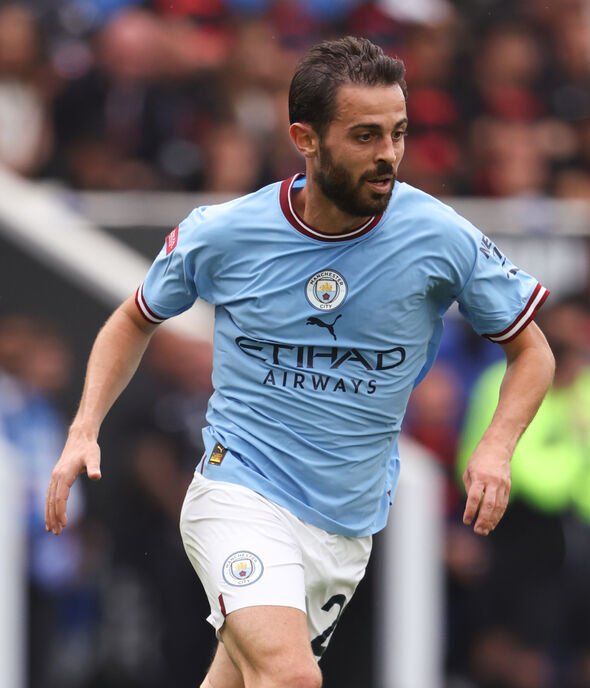 Laporta rarely shies away from transfer drama, and despite maintaining respect for ex-Barca hero Guardiola, he left the door ajar regarding the City star during a recent interview with CBS Sports.

“[Bernardo] is a very good player,” he said. “I have to respect, though, that he belongs to Manchester City. I have some friends there, like Pep Guardiola, Tixi Bergstein and Khaldoon Al Mubarak. There are a lot of people I know.”