Manchester United are the Premier League club most likely to sign Jadon Sancho this summer, says transfer expert Duncan Castles. Borussia Dortmund and England star Sancho is heavily linked with a return to England at the end of the season. Chelsea and Liverpool have both shown interest in the teenage sensation.

But Castles says United are now more likely to get a deal done for the former Manchester City youngster.

Earlier this week United’s chief financial officer Cliff Baty claimed there will be more money to spend this summer.

And Castles says the likes of Sancho will be high on the Red Devils’ agenda.

He said on the Transfer Window podcast: “If you take Baty at his word, and he said he didn’t want to guide specifically on how much they would spend next season, but was indicating they are in a better place to buy players, that you will see more transfer activity this summer and more money being spent on some of those deals that they’ve been lining up, trying to get individuals or talking and doing work on individuals like Jack Grealish, who they tried to sign in January but were knocked back by Aston Villa, James Maddison, Jadon Sancho, who they now are in prime position of a Premier League club to get Jadon Sancho because of the way other clubs have acted and the price involved in doing that.”

JUST IN: Europa League draw: When is it? Who could Man Utd, Arsenal, Celtic, Rangers, Wolves face? 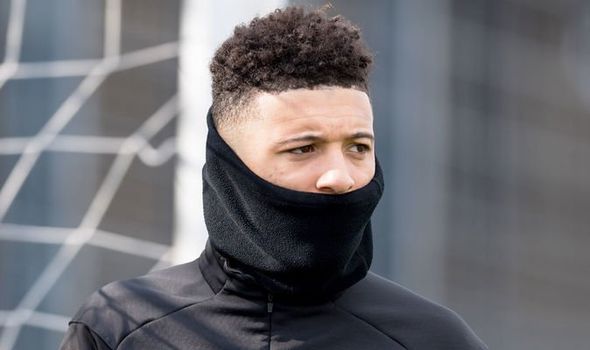 Baty would not be pushed on how much United will have available to spend but says the finances are in a healthy position going into the summer.

“As you can imagine we don’t guide on what that will be for obvious reasons,” Baty said.

“What I will say, and we reiterate the last quarter as I’ve just said right now, the level of cap ex [capital expenditure] we have got this year does reflect the accelerated payment and the third receipt profile of last summer’s activity.

“What that really means is our future commitments and liabilities are in a very good place compared to where we might be in a more typical or other years.

“In terms of what that means is we have less liabilities looking forward and that will impact what our cap ex will be.

“But we will not give any direct guidance as to what that number will be.

“I will tell you by the time we speak in September once the transfer window is done.”