Rio Ferdinand “hopes” it isn’t the case that Erik ten Hag has kicked Phil Jones and four others out of the Manchester United dressing, but admitted not being in a manager’s plans is “part of the game”. According to reports, Ten Hag has brutally banished Jones, Brandon Williams, Axel Tuanzebe, Tegen Mendi and Shola Shoretire from United’s dressing room in order to make room for the club’s six new summer signings.

It has been claimed that the first-team changing room at United’s AON Training Centre is only able to accommodate a maximum of 24 players, leaving Ten Hag with a decision to make. Having added Tyrell Malacia, Christian Eriksen, Lisandro Martinez, Casemiro, Antony and Martin Dubravka to his ranks, the Dutchman is thought to have demoted Jones and five others to the club’s U23 changing area.

Jones’ former Old Trafford team-mate Ferdinand has now had his say on the reports, remarking that he “hopes” there is no truth to the claims while expressing a wish that Jones will one day soon be able to reignite his once promising career. Discussing the alleged axing on his Vibe with Five podcast, Ferdinand said: “Listen, I’ve got to be honest, I hope it’s not true.

“If it is true, that’s Erik ten Hag laying it out and saying: ‘You’re not a part of my plans, moving forward you’re surplus to requirements’. But that’s the game man. 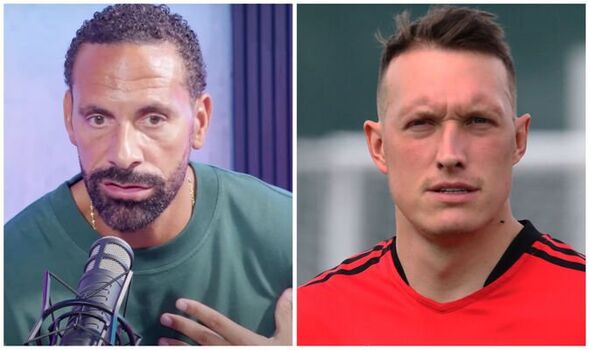 “If you’re not involved and you’re not part of the first team going forward, why are you going to be taking up someone else’s space? There might be a young player who Ten Hag wants to come in and gain some experience in the dressing room.

“We have to wait and see but Phil Jones, if he’s still there but been demoted to the reserves, that’s a hard pill to swallow. He’s suffered some really horrific injuries so I just hope he stays fit and at some point he’ll be able to go out and play somewhere.” 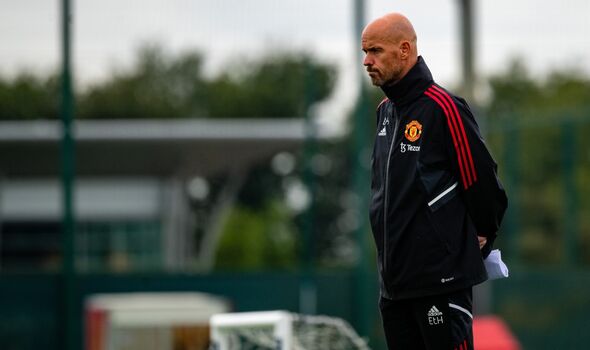 Jones, who has entered the final year of his current contract which does include the option for a further 12 months, has made a mere five appearances for United since January 2020 having struggled with an ongoing knee issues.

Speaking to United’s club website last year, the 30-year-old admitted he had “been through hell and back” in recent times with injury leaving him at the “lowest” he has ever felt in his life.

He revealed: “I’ve been through hell and back over the last couple of years. I struggled with my knee a little bit and (there) came a point after lockdown where I thought enough was enough… that’s the lowest I probably ever felt in my life.”