Manchester United are ahead of Liverpool in the queue for Jadon Sancho, with the Reds unlikely to move for the Borussia Dortmund star. The Old Trafford hierarchy are looking to land Sancho this summer, after their approach fell short at the end of last season.

Reports had claimed that Liverpool had informed Dortmund that they were interested and to update them on the situation.

The Bundesliga club are expected to cash in on Sancho at the end of the season and will demand £120million.

But according to The Athletic’s Blood Red podcast, Liverpool will not be moving for Sancho unless one of Mohamed Salah, Sadio Mane or Roberto Firmino leave.

Liverpool are indeed interested in Timo Werner though after details emerged surrounding his release clause.

JUST IN: Liverpool have one concern about Timo Werner transfer as £50m release clause considered 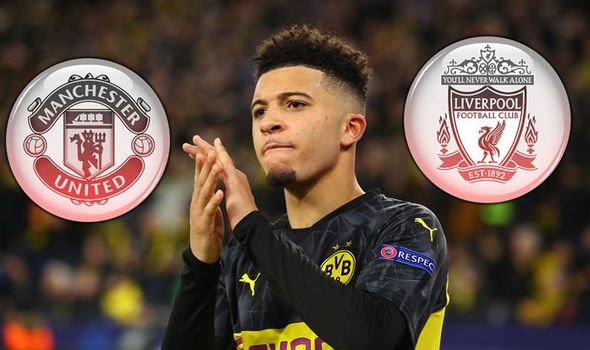 The RB Leipzig forward, who has 20 Bundesliga goals to his name this term, can leave the club for £50million before the end of April, when the clause expires.

Liverpool are expected to strengthen their attack this summer, but will not fork out silly money for players who are unlikely to come straight into the starting lineup.

Ex-Liverpool midfielder Dietmar Hamann has told Werner to snub his former club in favour of Manchester United and Chelsea, because of fears over his game time.

Hamann spent seven years at Liverpool where he won numerous trophies including the 2005 Champions League but he believes Werner maybe better suited to the Reds’ fellow Premier League rivals.

“I trust [Werner] to play in a very big team soon,” Hamann wrote in his Sky Germany column. “It is of course an honour for him to be linked to Liverpool.

“The question is: does he match Liverpool? For me he is strongest when he comes through the middle and can use his greatest weapon: his speed.

“With [Roberto] Firmino, Liverpool have a striker who is always playable and connects a lot with his team-mates.

‘If Werner went to Liverpool, I would rather see him outside, but there are two absolute grenades in the team with [Sadio] Mane and [Mohamed] Salah. 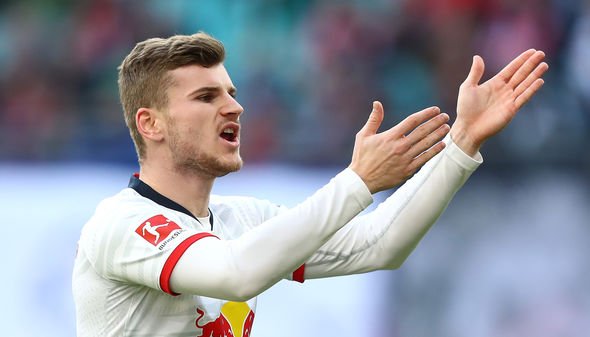 “If none of the three strikers get injured or move, he won’t play and I don’t think that’s what he wants.

“Liverpool is the absolute benchmark, but in my view he would be better suited to Manchester United or Chelsea.”

Werner appeared to issue a come-and-get-me-plea to the Reds after scoring the winner against Tottenham in midweek.

He told Viasport: “Yes I know that Liverpool is the best team in the moment in the world and when you’re linked with the team, it makes me very proud.

“In case of that, it’s a pleasure, but I know that in Liverpool play a lot of good players and I have to improve myself to learn much more things to get on this level to play there.”