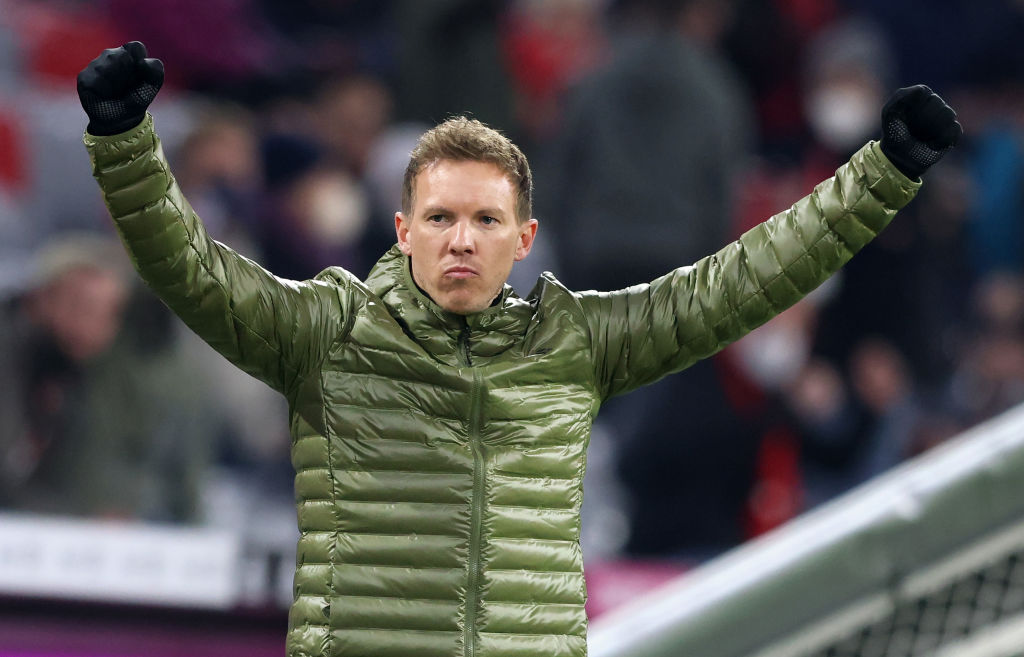 Manchester United would have loved to appoint Julian Nagelsmann as manager this summer, but have been forced to accept that he would not want to leave Bayern Munich to take up the job at Old Trafford.

The Red Devils’ search for a new manager continues, with Ralf Rangnick nearing the end of his stint as interim boss, although they do not look especially close to finding his successor.

It would have been Nagelsmann ahead of all four men, though, if Manchester Untied thought they could attract the 34-year-old sensation away from Bayern.

A source told Sky Sports: ‘In an ideal world, Julian Nagelsmann would walk into the club this summer.’ However, he only joined Bayern last year and would have no interest in leaving Bavaria for a club in the unstable state United find themselves.

The Sky Sports report that Nagelsmann may well end up in the Premier League after a stint at Bayern, but replacing Pep Guardiola at Manchester City or Jurgen Klopp at Liverpool would be more likely options.

Naglesmann was linked with United back in 2020 as a possible replacement for Ole Gunnar Solskjaer, while he also has a relationship with Rangnick having both worked at RB Leipzig.

There had been some hope that Chelsea manager Thomas Tuchel would emerge as a possible option for United, given the unprecedented circumstances the Blues are going through due to sanctions placed on owner Roman Abramovich.

However, the German seems to have absolutely no interest in abandoning ship at Stamford Bridge and, even with the instability caused by the imminent change in ownership, Chelsea remain a more reliable prospect than Manchester United.

Ten Hag is the bookmakers’ favourite ahead of Pochettino, with both manager’s seeing their teams suffer surprise defeats at the last 16 stage of the Champions League, but PSG’s exit at the hands of Real Madrid seemingly more damaging to Pochettino than Ajax’s loss to Benfica was to Ten Hag.