ten Hag: No 'risk' to come to Manchester United

Former Aston Villa striker Gabby Agbonlahor has claimed that the signing of Barcelona midfielder Frenkie de Jong could bring out the best in one forgotten Manchester United midfielder. The Red Devils have agreed a fee of £56million plus add-ons for the Dutch midfielder as Erik ten Hag looks to complete his first Old Trafford signing.

De Jong played under ten Hag at Ajax with Donny van de Beek, who spent last season on loan at Everton. At the Toffees Van de Beek made just five Premier League starts, and has made only nine league starts in total since joining United in 2020.

“He can have a really good pre-season and will have that connection with De Jong. I’m hoping that he can rediscover that form he had that led to his move to Man United. 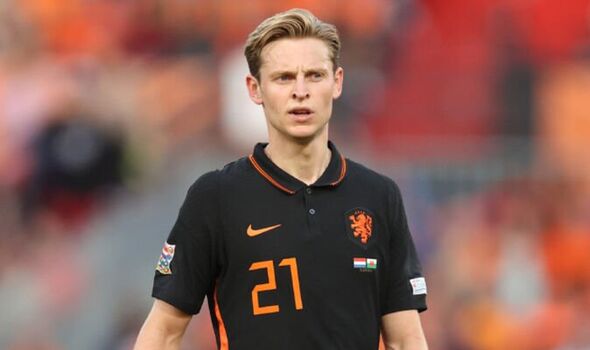 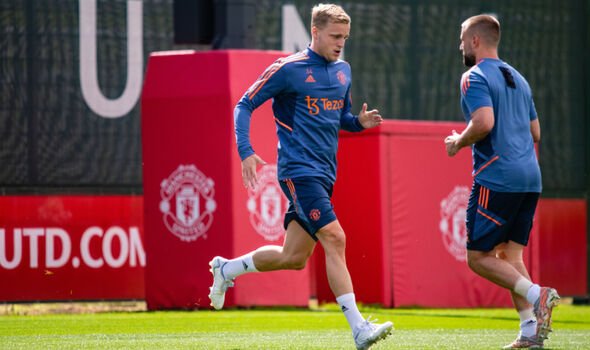 “I’m really impressed,” Lampard said. “On a professional level, since speaking to him and coming and seeing him train and play, absolutely impressed with his fitness, his game sharpness. But when you watch him train it doesn’t surprise you. When I think back to the time he’s had at Manchester United, he’s a top level player. He was when Manchester United signed him, he was at Ajax when I went up against him.

“To have a tough time is not easy, there’s different ways of reacting. I’m sure it was tough, and he shows that if you keep your counsel, keep your head down and keep working in the right way, there’s always a way through it, and people will always respect you for that.”

Van de Beek could be joined at Old Trafford by his former Ajax team-mate De Jong, but whether the two will play alongside Cristiano Ronaldo is another question after the Portuguese legend reportedly has asked to leave the club if a suitable offer came in for him this summer.