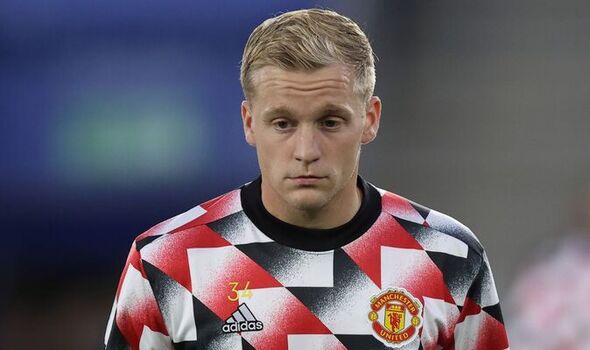 Donny van de Beek believes there are exciting times ahead at Manchester United – despite his ongoing struggles to make the grade at the Theatre of Dreams. The Dutch midfielder is facing further obstacles in his quest to prove his worth in the Red Devils engine room – particularly after a fresh injection of quality during the summer transfer window.

Van de Beek is yet to showcase the kind of form that encouraged United to pursue his signature under Ole Gunnar Solskjaer and now his chances of minutes have been further depleted following the arrivals of Christian Eriksen and Casemiro.

Instead of feeling downbeat, the former Ajax maestro has been waxing lyrical about several of his new United team-mates, suggesting they can help drive the club to new heights under the inspired management of Erik ten Hag.

“So I know what they are capable of and they are really good players, so they will help us for sure. 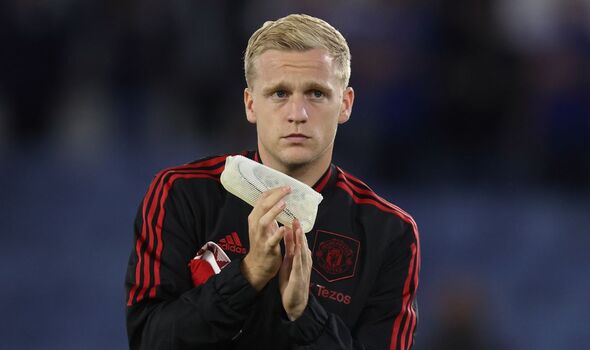 “They are nice people, but they are also team players. I think this is important, to work hard together. As people, they fit very well with the players we have.”

Van de Beek has played just 19 minutes of Premier League action this season after opting to remain at United under his former Ajax head coach.

Yet despite playing his best football under Ten Hag in Amsterdam, the United tactician is yet to show any willingness to hand him regular opportunities.

There is no resentment from Van de Beek, though, just excitement and determination to get his United career up and running after two frustrating seasons in the famous red shirt.

“He will be really good for the club,” Van de Beek added. “I think in terms of the way the club is, and how they want to play, he’s a good mix for what they want as a manager.

“I’m really looking forward to it. We had big success at Ajax at that time – the semi-final of the Champions League, and we won trophies.

“So it was a special time. Now we are here, with a new chapter and a new challenge, and of course we want to do the same here.”

Van de Beek was loaned to Everton in January but he struggled to make his opportunity count due to a recurring thigh problem.

The 25-year-old made five successive starts under Frank Lampard before missing two months of the season as the Toffees battled to beat the drop.

There were several tentative enquiries from Europe for his services but Van de Beek was keen to be part of the new era at Old Trafford.

Now he finds himself battling a long list of names for minutes in the middle of the park with United now operating with a more-attacking version of a 4-3-3 formation.

Bruno Fernandes and Eriksen have made the advanced central midfield roles their own and Casemiro is expected to be deployed at the base of the trio.

Scott McTominay and Fred continue to stake their claim for a shirt with performances full of commitment and desire – leaving Van de Beek with plenty of work to do to turn things around.