Erik ten Hag appears to be facing an increasingly complicated dilemma over what to do with wantaway Manchester United club legend Cristiano Ronaldo. The Portuguese superstar has hit out reports he is in talks over a loan return to Sporting Lisbon, branding such suggestions as “fake”, as his struggles to identify an Old Trafford escape route continue, while the Red Devils appear to be relishing life without him if their promising pre-season is anything to go by. 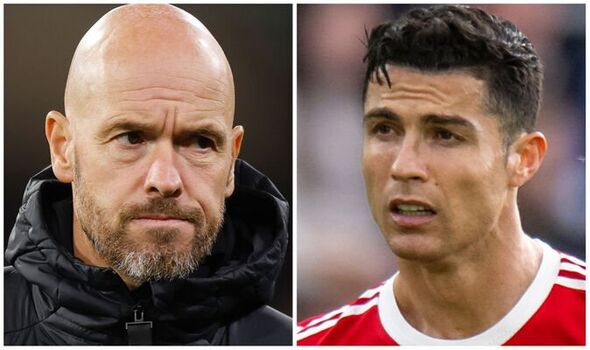 Despite only having secured a sensational return to United at the end of last summer, Ronaldo recently expressed a desire to depart for a second time in his career in order to satisfy an insatiable itch for Champions League football next season. His agent, Jorge Mendes, is thought to have been offering the five-time Ballon d’Or winner to a host of top clubs from across the continent, but a willing taker is becoming apparently hard to come by.

Bayern Munich and Chelsea have been linked with signing the striker this summer, but both have moved to distance themselves from the 37-year-old. Paris Saint-Germain have secured the signing of highly-rated Reims hitman Hugo Ekitike amid reports they are not keen on acquiring Ronaldo the summer, while a mega-money move to Saudi Arabia has also been ruled out.

Sporting – the club where Ronaldo made his big break – were said to have opened talks with the iconic No.7 over a potential loan return this summer, according to SPORT TV Portugal, however Ronaldo himself has swiftly taken to social media to dismiss such speculation. Responding to the Portuguese TV station’s post on Instagram on Sunday, the striker simply wrote: “Fake”.

All of this appears to have left both Ronaldo and his current club in a spot of bother. With potential Old Trafford escape routes seemingly being exhausted by the day, the forward appears increasingly resigned to staying with United this summer.

While Ronaldo may be forced to accept he may not be getting his way on this occasion, the Red Devils face a problem of their own. Pre-season preparations under Ten Hag are going swimmingly at present with a Ronaldo-less United currently thriving on tour over in Asia and Australia.

United claimed a rampant 4-0 win over Liverpool in Thailand last Tuesday before following up the success with another resounding triumph as they downed Melbourne Victory 4-1 on Friday. Ten Hag has seen his a United squad, which suffered incessant struggles last season, suddenly take to his style and system, and excel while doing so. 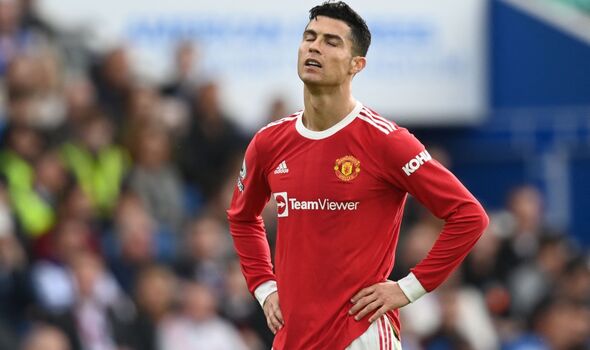 Not only that, but a front three of Marcus Rashford, Jadon Sancho and the retuning Anthony Martial are all relishing a new lease of life under Ten Hag in Ronaldo’s absence, with the trio having netted four goals between them and impressed in pre-season. While their success offers plenty of optimism for United ahead of the upcoming campaign, it has only added to the conundrum concerning Ronaldo.

Should the striker fail in his pursuit of a move to a club offering Champions League football next season, he will no doubt want to contribute to United’s cause, but that would likely mean Ten Hag being forced to split up his rejuvenated front three. The Dutchman has himself insisted Ronaldo remains “in our plans” for next season, shoehorning the superstar back into this United side risking unsettling the applecart. It seems there is much to ponder for both Ronaldo and the Red Devils this summer.