Manchester United had no good performers in their Champions League defeat to Istanbul Basaksehir on Wednesday night. The Red Devils were abject in Turkey as they slipped to defeat, piling the pressure on manager Ole Gunnar Solskjaer in the process. And the match suggests Juan Mata and Nemanja Matic are now past their best, with the duo both enduring a nightmare night.

Manchester United were woeful against Istanbul Basaksehir, fading after a bright start to lose 2-1.

Demba Ba and Edin Visca both struck for the home side and, while Anthony Martial found the net for the Red Devils, it wasn’t enough to spark a comeback.

United went into the match knowing they needed a win for Solskjaer who, after overseeing previous defeats to Crystal Palace, Tottenham and Arsenal already this term, is under immense pressure.

But, instead, the visitors crashed to yet another loss.

Nobody stood out for the Red Devils on a chastening night of European football, one Solskjaer was evidently furious about at the final whistle.

Aaron Wan-Bissaka and Luke Shaw were poor in the full-back positions, with the former making just one tackle before being hooked for Tim Fosu-Mensah late on. 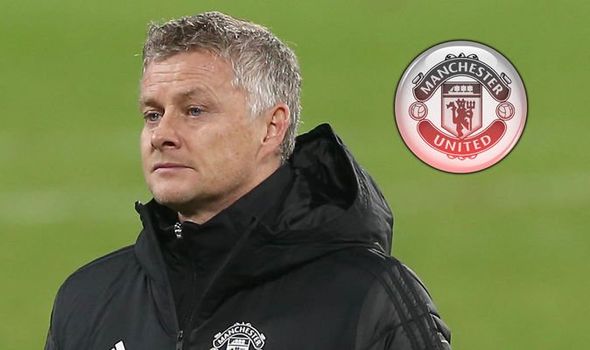 Harry Maguire and Axel Tuanzebe struggled at the back, too, with the latter being withdrawn for Scott McTominay at half-time after being given the runaround by Ba.

In midfield, Bruno Fernandes produced one of his worst performances for the club to date following his arrival from Sporting Lisbon back in the January transfer window.

And, up top, both Martial and Marcus Rashford looked a far cry from the bright performers they were last term – despite the France international finding the net.

However, Nemanja Matic and Juan Mata were also dreadful.

And the poor nature of the veteran’s performances suggest they’re finished, no longer up to the task of performing in the big matches.

Matic, towards the end of last season, looked a player reborn. He’d been expected to leave the club back in January but ultimately stayed and was given another new contract. 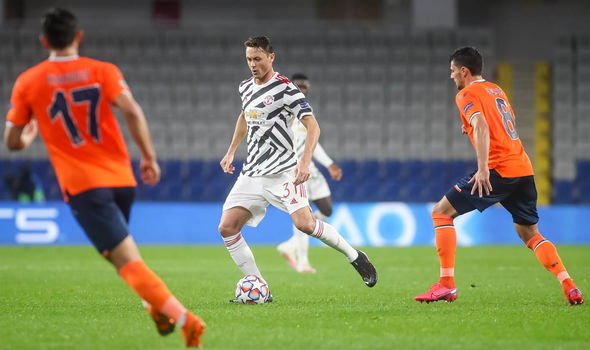 Yet the Serbia international has now regressed again, enduring a tough campaign before the match and now an even worse one in the aftermath.

For years, Matic has carved a reputation for himself as a powerhouse in the middle of the park. A dominator, a winner of midfield battles.

But the veteran won just 54 per cent of his duels throughout the contest and gave the ball away 11 times with a sloppy performance in the Turkish capital.

He offered United little defensive protection when the hosts ran at them and was moved to centre-back late on as damage limitation, with Scott McTominay then deployed in his natural position.

Mata, too, was poor.

United like to call upon the Spain international for these sorts of matches, believing his experience and creativity will prove valuable. 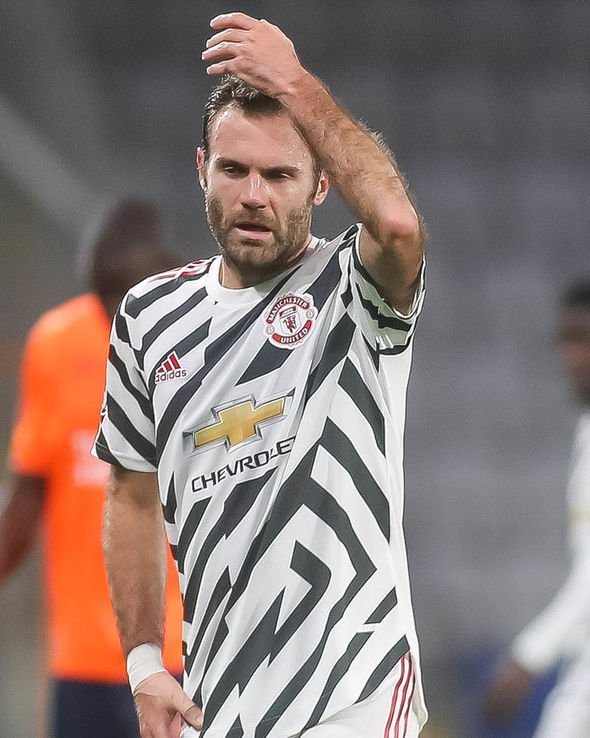 But neither was evident on Wednesday night, with the 32-year-old doing precious little of note throughout the match.

Mata also gave the ball away seven times and won only 27 per cent of his duels before being substituted in the 60th minute.

And the duo’s dire performances suggest the twilight years of their careers are very much upon them.

Solskjaer wants his United side to be speedy but neither tick that box. Both often look like they’re trudging through mud, Matic particularly when Ba opened the scoring.

This is a Red Devils side still in need of reinforcements, despite Solskjaer having four transfer windows at the helm. And that speaks volumes about their current predicament.