Manchester United could add to their five signings so far this summer on transfer deadline day. Though Erik ten Hag has claimed the club’s business is likely done, the Dutchman did also hint the Red Devils will be ‘alert’ to any opportunities that arise. A deal for Martin Dubravka is expected to be announced today, while the Red Devils haven’t entirely given up on Frenkie de Jong.

After a slow start, Manchester United have gone on to enjoy a productive transfer window.

Tyrell Malacia was the first player to arrive back in July, with the Netherlands international turning down interest from Lyon in order to move to Old Trafford.

Lisandro Martinez and Christian Eriksen then followed with the pair, who are familiar with Ten Hag’s methods and philosophy, arriving from Ajax and Brentford.

United have since recruited Casemiro from Real Madrid, having cooled interest in De Jong a fortnight ago.

And Antony has also moved to the Premier League, with the Brazil international arriving from Ajax in a massive £84million deal – a fee that makes him the club’s joint-second most-expensive signing of all time.

Man Utd transfers: Glazers ready to back Ten Hag with biggest call of all 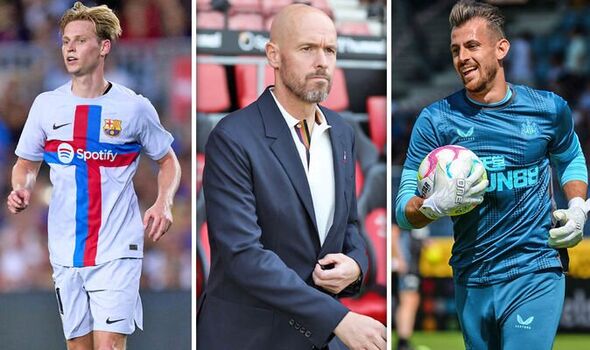 According to Beyond The Pitch journalist Phil Brown, United haven’t completely given up on signing De Jong from Barcelona.

However, he also admitted any potential transfer is likelier to happen in January or next summer instead.

“I’m told Utd haven’t completely given up trying to do it this window but more likely in Jan/next summer,” he said last night.

Obviously, a deal at this late stage would be sensational.

But it still seems far likelier De Jong will be a Barcelona player, as he is now, by the time the transfer window shuts this evening. 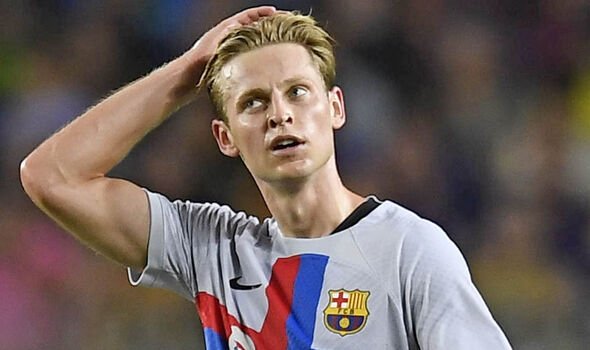 United are expected to announce the signing of Martin Dubravka from Newcastle today.

The Red Devils have been in the market for a back-up goalkeeper ever since their decision to loan Dean Henderson to Nottingham Forest, especially with Tom Heaton approaching the twilight years of his career.

And the Slovakia international is set to be officially confirmed after undergoing a medical at the club.

United are primed to loan Dubravka for the next year.

But they’ll be able to land the shot-stopper on a permanent basis for £5million if he plays a certain percentage of their matches.

Erik ten Hag claimed on Friday that the club’s business is done. However, the Dutchman also suggested the Red Devils would be ‘alert’ to any possibilities that come their way.

“I think so, for this window it will be the end,” Ten Hag said.

“But when there is opportunity you have to be always alert.

“Aaron will stay in. This squad we will go from September to minimum January.”