Manchester United could be left to regret not meeting Ajax’s lofty valuation for flying winger Antony as a rival club has reportedly made contact to try and snatch the Brazilian this summer. Red Devils boss Erik ten Hag is supposedly keen to reunite with Antony, with whom he won the Eredivisie league title last campaign.

United are in desperate need of attacking reinforcements with Mason Greenwood still out of the picture, Edinson Cavani long gone and Cristiano Ronaldo hoping to follow. The latter

turned up at Carrington this Tuesday after missing the pre-season tour of Australia and Thailand, reiterating his desire to leave.

The Red Devils’ main focus has been on bolstering the midfield with a time-consuming pursuit of Frenkie de Jong dominating the past few weeks. But emphasis will need to be placed higher up the pitch before the window slams shut.

Antony is believed to be Ten Hag’s top target, but Ajax are supposedly in no mood to sell having already parted company with a host of their top players, including United new boy Lisandro Martinez. 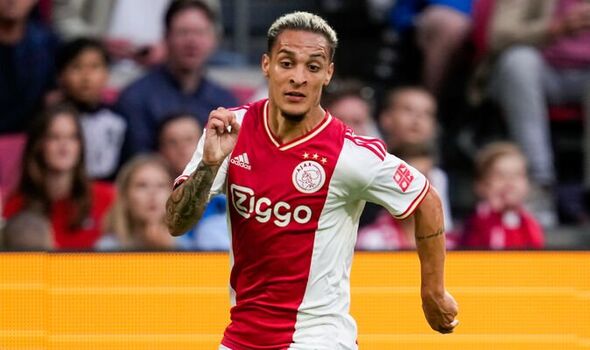 Antony’s price tag has been disputed over the past few weeks, with some recent reports placing it as high as £84million. GOAL claim that United have opened the bidding at a meagre £50m, falling well below what the Dutch side were hoping for.

And they could regret making a low-ball offer as journalist and United insider Jonathan Shrager claims that a rival club has made contact with the player’s camp in an effort to sew up a summer deal. It is currently unknown who has stepped into the equation, but it would be punishing for the Red Devils to watch on if another club beats them to Antony’s signature.

Liverpool are the only other English side currently to have been credited with an interest in the forward, though a number of other powerhouses in Europe have also been linked.

The 22-year-old is already a fully-fledged Brazilian international with nine caps to his name, and he enjoyed his best season in front of goal last time out by bagging 12 in all competitions. He is also seen as a player with huge potential and versatility to play across the front-line, which is an attribute valued by Ten Hag.

Despite the interest, United are thought to be eyeing up alternatives with RB Salzburg youngster Benjamin Sesko in the crosshairs. The Slovenian teenager scored the winner in a pre-season friendly against Liverpool on Wednesday and bamboozled James Milner with a superb skill move for good measure. 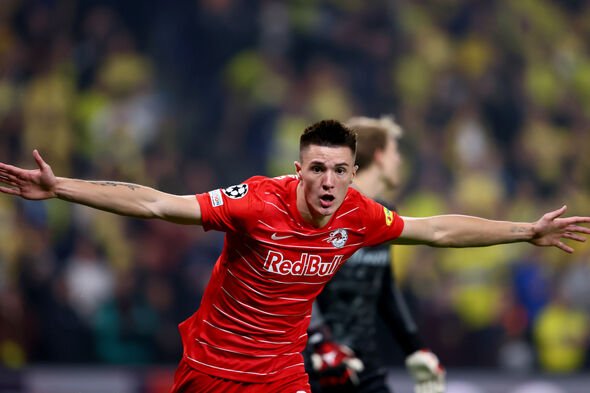 United reportedly hold a longstanding interest in Sesko, who has made a tremendous start to the season in Austria with two goals in two games. His agent recently posted a picture of the pair in England amid links to a number of clubs, including Newcastle United.

It remains to be seen whether Ten Hag will need to go all out for a new attacker, which may depend, in part, on how Ronaldo’s situation plays out. The veteran forward confirmed on social media that he is set to play in United’s pre-season friendly with Rayo Vallecano on Sunday.