Manchester United, Chelsea and Manchester City are all monitoring the situation of Barcelona wonderkid Ilaix Moriba, reports suggest. Moriba is one of the Catalan club’s most highly-rated players, but could be on the move out.

United appear to be continuing to look for youth in the transfer market.

After bringing in the likes of Facundo Pellistri, Amad and Willy Kambwala last summer, they appear to be eager to stick to their policy of scouting young talent.

Barcelona’s Moriba appears to be their latest target, with reports suggesting they’re monitoring his situation at the club.

Moriba, who currently plays for the club’s B team, will be out of contract in just over a year. 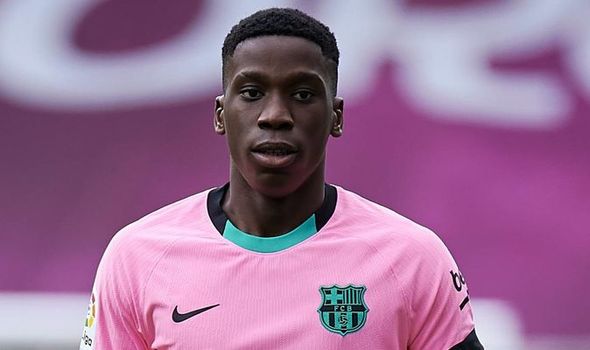 His current deal expires in July 2022, and it’s currently not looking likely that he’ll sign an extension.

Reports in Spain state that he’s asking for too much money at the moment.

Barcelona are in the midst of a financial crisis and are still dealing with the impact of the Covid-19 pandemic.

That poor financial situation has been shown with their recent transfer activity, with Eric Garcia and Sergio Aguero both joining on free transfers.

Georginio Wijnaldum and Memphis Depay are set to join, while players may be sold in order to balance the books.

Moriba could be one of the players to be sold, as Barca face losing him for nothing in six months’ time.

Any of the three Premier League teams interested could sign the 18-year-old on a pre-contract agreement in January before signing him for nothing in the summer.

Moriba currently has a release clause of £85million, but it’s unlikely that any of the interested clubs would come anywhere near that. 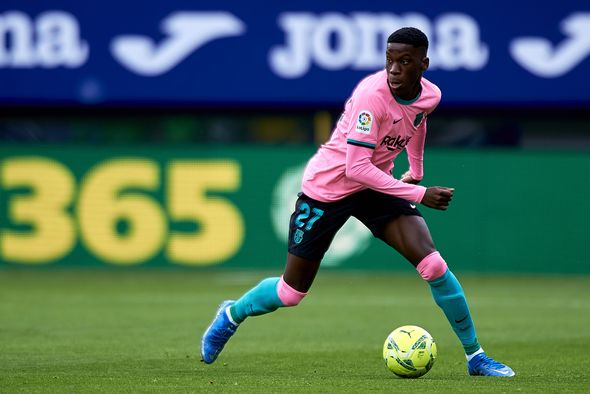 Instead, it’s possible he may be sold for a slightly discounted fee so Barcelona can still make a profit on the academy prospect.

United, City and Chelsea all have other targets in mind for the summer window, and are set to splash the cash elsewhere.

City and Chelsea are both in the market for Harry Kane, while Romelu Lukaku remains an alternative.

United, on the other hand, want to sign Jadon Sancho from Borussia Dortmund and are looking set to do so for a fee in the region of £80m.