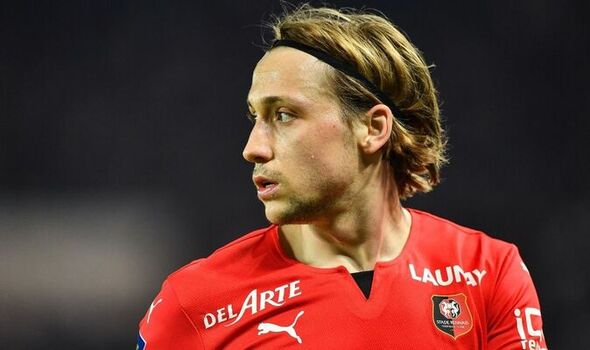 Manchester United could be forced to explore alternatives if Frenkie de Jong does indeed decide to stay with Barcelona beyond this summer. Developments emerged on Wednesday night claiming new boss Erik ten Hag is eyeing a reunion with his former Ajax midfielder, with the deal ’95 per cent done’ according to reports in Catalonia.

But the fallout on Thursday suggests De Jong would in fact favour staying at Barcelona after just three seasons in Spain – despite United’s interest being described as genuine.

Barca are arguably the instigators of any deal after deciding they would be open to offloading the Dutchman due to their continued financial struggles off the field.

They’re also fearful his resale value could plummet if he fails to deliver next season given he is yet to fulfil his potential at Camp Nou since arriving from Ajax for £65million in January 2019.

However, the reality of any deal is that United would have to pay a premium to land their target – one that would significantly dent their summer transfer budget. That’s one big problem in itself, given there are several departments in desperate need of investment.

If the arrival of Ten Hag really is to mark a new era at United, change is undoubtedly necessary. The club can no longer be fixated on signing the biggest names in world football, instead they have to show nous and shop smartly.

One player who is quickly gaining traction despite continuing to operate beneath the radar is Rennes midfielder Lovro Majer.

Although hardly young at 24, there is a feeling in his native Croatia that he is the heir to Luka Modric’s throne.

Majer has been one of the standout names in Ligue 1 this season with Rennes, where he has single-handedly dictated the tempo of matches. He is a technical midfield player, who loves to orchestrate play and dominate the ball.

The Croatian international has five goals and eight assists to his name in 27 outings this season, his debut campaign in France having signed from Dinamo Zagreb in 2021.

Transfermarkt value Majer at just £16m and it won’t be long before clubs come calling. This is exactly where United should be shopping in a risk-free market with exciting rewards.

De Jong is undeniably a cut above Majer but with the right coaching and tactical blueprint from Ten Hag, there is no reason why United can’t build around his qualities.

While Majer does favour an advanced midfield role, he also has the ability to play as the No 8, a role he’s played on many occasions this season.

The left-footed maestro would not cost a pretty penny and at the ripe age of 24, he is only going to improve United’s midfield options.

Ten Hag needs at least two new recruits in that department and potentially more with Paul Pogba and Nemanja Matic heading for the exit door.

Majer is on track to become one of the most-talked-about, up-and-coming midfielders in Europe’s top-five leagues and it won’t be long before his value skyrockets.

United can still pay big bucks for another midfielder but Majer is where the club ought to be shopping.

In Ten Hag, they have a coach capable of turning water into wine, as we have seen with Ajax’s academy stars and the Croat has a substantial ceiling. It could prove to be a masterstroke – while saving them upwards of £50m in the process.