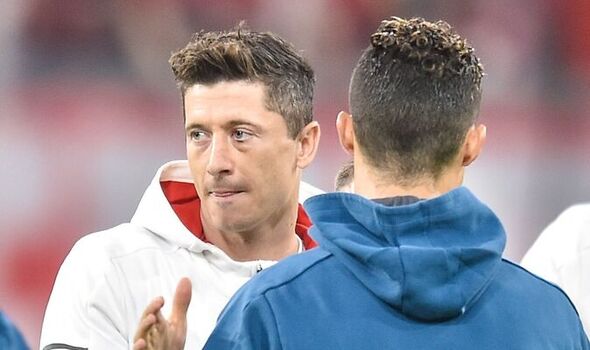 It may feel like a transfer that is way past its sell-by date but Robert Lewandowski could be the perfect answer to Manchester United’s prayers. With the Red Devils due to fly to Thailand on Friday for their pre-season tour, Erik ten Hag has been left sweating over the future of his talismanic centre-forward Cristiano Ronaldo, who wants out as soon as possible.

After promising talks between the two figures towards the back end of last season, Ten Hag had been planning to build and shape his new-look attack around Ronaldo – until the Portuguese’s major bombshell shattered the excitement of the new era at Carrington.

Now CR7 looks far more likely to depart than he does to stay and problematically for United, striker options in the transfer market are incredibly sparse. It’s something they were well aware of even before Ronaldo’s decision to explore a new challenge.

Former target Darwin Nunez has already joined Liverpool while Erling Haaland will be lining up for rivals Manchester City next term. Both deals emphasise the lack of exciting, potential targets in the shop window for United to explore.

Yet there is one clear standout – purely in terms of availability – if United were to pursue another big-name arrival in attack. 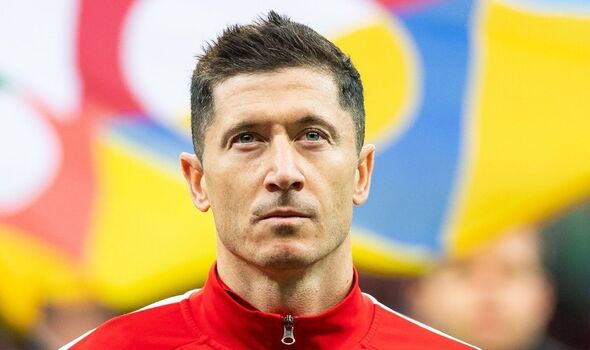 UEFA Men’s Player of the Year Lewandowski has just one year remaining on his current Bayern contract and Allianz Arena chiefs remain adamant he will honour the final year of his deal in Munich.

But the Pole is itching to join Barcelona after recently meeting with Xavi in Ibiza but a deal is far from imminent due to Barca’s ongoing financial struggles – something that is causing personal frustration for the prolific goalscorer.

Serial record-breaker Lewandowski may be 33 but his exploits in front of goal have shown no signs of slowing down and that is exactly what United need – in addition to the priceless dressing-room experience and winning mentality Lewandowski brings to the table.

Although United may prove to be a difficult sell for the player, the Red Devils would certainly put pressure on Bayern if they were to table a sizeable offer that Barcelona was unlikely to match.

Lewandowski is thought to be keen on exploring a new challenge – much like Sadio Mane prior to his Liverpool exit – and the Premier League has long been calling his name – even since his time with Lech Poznan when he nearly joined Blackburn Rovers way back in 2010.

United and Chelsea have been linked with numerous swoops for the ageing frontman but now could be the perfect opportunity for the Red Devils to strike.

With super-agent Jorge Mendes also offering Ronaldo around to Bayern and Barcelona, the striker domino effect could easily align.

Furthermore, not only would United be solving their problems in attack but the deal is also a glorious opportunity to rile Barcelona, who continue to stall on the sale of Frenkie de Jong.

For weeks on end, Old Trafford chiefs have been working away to finalise a deal for the Dutchman but to no avail.

And just when United thought they had a deal in place for the midfielder, fresh reports have emerged claiming De Jong is owed money by the club.

Lewandowski ticks all boxes and there cannot be any reservations about his age given the level Ronaldo has been operating at in the past few seasons after notching 18 Premier League goals last term.

Both are supreme athletes and model professionals, who prioritise their conditioning and fitness to ensure they maintain their performance levels.

There are not many better strikers out there in world football than Lewandowski and he is arguably the best No 9 on the planet. For that very reason, United ought to throw the kitchen sink at a deal. It would help them get over the potential exit of Ronaldo very quickly…