Manchester United boss Ole Gunnar Solskjaer has been urged to select Juan Mata more after the club’s 4-1 win over Newcastle on Saturday. The Red Devils went a goal down early on when Luke Shaw put the ball into his own net. But Harry Maguire, Bruno Fernandes, Aaron Wan-Bissaka and Marcus Rashford scored to give the Red Devils all three points.

Manchester United went into the match against Newcastle seeking a return to winning ways, having lost 6-1 to Tottenham before the international break.

Things got off to a terrible start early on, with Shaw putting the ball past David De Gea and into his own net.

United then responded through Maguire before further goals from Fernandes, Wan-Bissaka and Rashford gave them all three points.

While the quartet all made the headlines for their strikes Mata was also impressive, with the Spain international producing a slick display at St James’ Park.

And former Red Devils midfielder Luke Chadwick has expressed a belief the 32-year-old should start more, telling CaughtOffside: “Juan Mata has been up there with their best players in every single game he’s played. 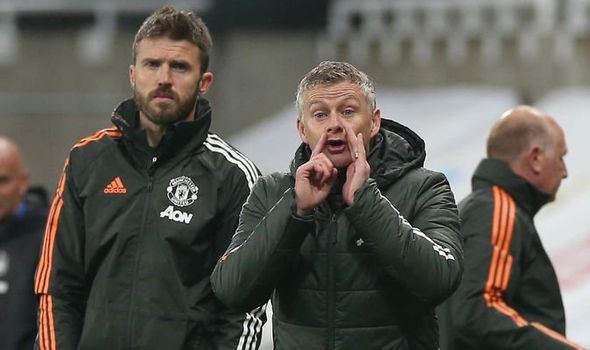 “He adds a new dimension; although not really a runner, his ability to feed balls through, his great understanding with Fernandes to find the spaces … he’ll certainly give Solskjaer food for thought.

“They looked a different team to the one that played Tottenham in the last Premier League fixture.

“I thought Juan Mata made a huge amount of difference, just giving the ball to players, keeping the ball and allowing the team to stay in possession of the ball for longer periods of time.”

Chadwick also hailed Rashford and Maguire, adding: “I thought the team selection was very brave from Solskjaer, keeping out Paul Pogba, starting Scott McTominay – he was excellent in that position, showed great energy and it was certainly a reaction that the manager will have been absolutely delighted with.

“Marcus Rashford was superb in the number nine position and his pace and movement really stretched the game and gave space for the likes of Mata and Fernandes to play. 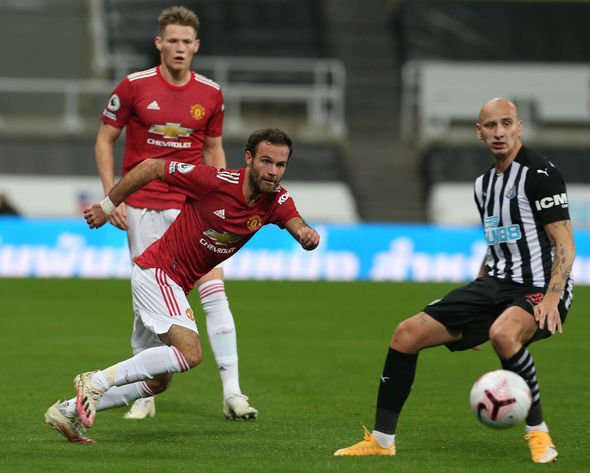 “It was a really poor goal conceded early on but the character of the team was fantastic.

“There were 20 odd shots on goal in the game, some wonderful goals scored as well, albeit three of them coming late in the game. I did think it was a game United deserved to win.

“Solskjaer will have been delighted with Harry Maguire who showed a huge amount of character after being sent off for England and making a bad start to the season, but he looked like a Manchester United captain.

“His goal was Steve Bruce-esque, another great leader. The goal got the team going and they created numerous chances.”

Chadwick feels United are capable of a title challenge this term and also admitted he was disappointed to see Donny van de Beek benched again.

“I was surprised Van de Beek didn’t start yesterday but he had a positive influence when he came on, it would be good to see him get more minutes,” he said.

“Hopefully this is the start of better things to come and positive results moving forward. Solskjaer’s going to need the whole squad to pull together.

“The Premier League is certainly wide open – if they get a run of results together they could be right up there fighting to be top of the league.”

United are next in action against PSG in the Champions League on Tuesday night.

The Red Devils lost 2-0 when they met at Old Trafford in 2019, with Kylian Mbappe and Fresnel Kimpembe on target.