Ole Gunnar Solskjaer is beginning to show signs of taking on the man-manager role that Sir Alex Ferguson once held as Manchester United boss, the former Wimbledon midfielder Robbie Earle has said.

Ferguson was famous for allowing his coaches to take training and tactical sessions, while the Scot oversaw the management of the club.

Last year, former Red Devils winger Ryan Giggs revealed that Ferguson did not lead a single training session during his time at the club.

Instead, they would be taken by the array of assistants Ferguson had during his 26 years in charge, including Steve McClaren, Bryan Kidd, Rene Muelensteen, Carlos Queiroz and Mike Phelan.

Solskjaer, a United player under Ferguson between 1996 and 2007, was appointed as the club’s permanent head coach in 2019 following a brief spell as caretaker.

And Earle has noticed a similar trend in Solskjaer taking a step back to allow him to focus on his man-management skills. 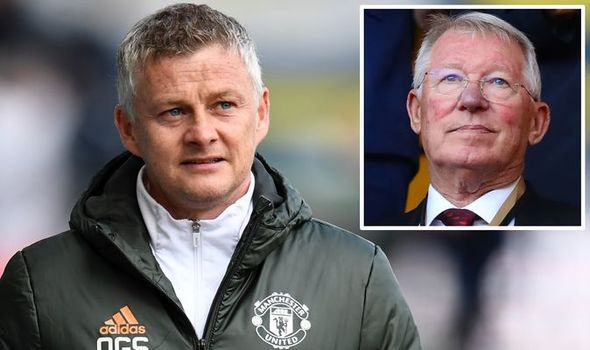 “I heard him, I heard another interview – I don’t know if it was after the game or before the game,” Earle said on the Two Robbies Podcast, which he hosts alongside the former Middlesbrough midfielder Robbie Mustoe.

“Somebody had mentioned anyway that they’d spoken to Ole, and he said about his backroom staff, said he’s got excellent backroom staff, great sports science, all those things. And he said: ‘they aren’t all my strengths.’

“He said: ‘my mind management is my strength’.

“And I thought that was a really interesting and telling thing for him to say that I think he’s, you know… and we know that he’s worked under the greatest that there’s probably been in Sir Alex.

“We all know that Sir Alex wasn’t necessarily that training ground coach, he was the manager.

“He was the man-manager of that group of some big personality players, but he got them playing, and I get the sense that Ole has started to see himself in that role.”

Ferguson is the most decorated manager in Man United’s history.

Ferguson’s methods also seem to be working for Solskjaer.

The Norwegian replaced Jose Mourinho in December 2018, initially as caretaker, with the club sixth in the Premier League.

Two years on, United are favourites to finish runners-up to rivals Manchester City this season, and Solskjaer has been credited with the improvement of several key players, including Marcus Rashford, Luke Shaw and Paul Pogba.