Manchester United boss Ole Gunnar Solskjaer has hailed the professionalism of Juan Mata following his side’s 4-1 win over Newcastle on Saturday. The Spain international impressed amid the heat of the battle at St James’ Park. And it was a good night for the Red Devils, helping to lift some of the doom and gloom mood around the place.

Manchester United entered the match against Newcastle in sore need of all three points, having lost to Crystal Palace and Tottenham already so far this term.

Things got off to the worst possible start, with Luke Shaw accidentally slicing into his own net past a hapless David De Gea.

United equalised through Harry Maguire, with the England international rising highest to nod home a corner.

And further goals from Bruno Fernandes, Aaron Wan-Bissaka and Marcus Rashford made it a positive night for the Red Devils.

Speaking after the game, Solskjaer opened up on Mata and hailed the 29-year-old for his performance on Tyneside. 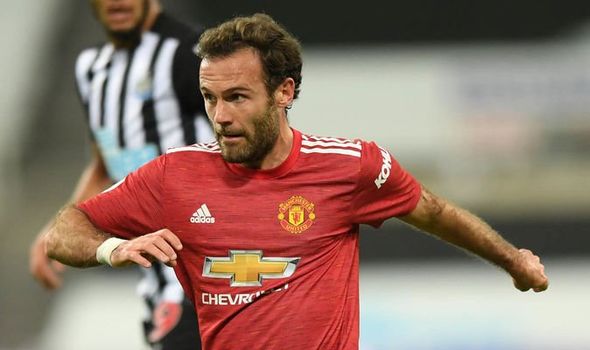 “Of course, I get questions about our players when they play and why they don’t play,” he said, when asked if Mata needs to start more regularly.

“We have many good players and it’s about taking your chances when you do get them. Juan has definitely done so.

”Juan is playing fantastic. He is so professional and everyone in the team knows his qualities. He has been so patient, waiting for the chance.”

Former United star Luke Chadwick was also happy with Mata, telling CaughtOffside: “Juan Mata has been up there with their best players in every single game he’s played.

“He adds a new dimension; although not really a runner, his ability to feed balls through, his great understanding with Fernandes to find the spaces … he’ll certainly give Solskjaer food for thought. 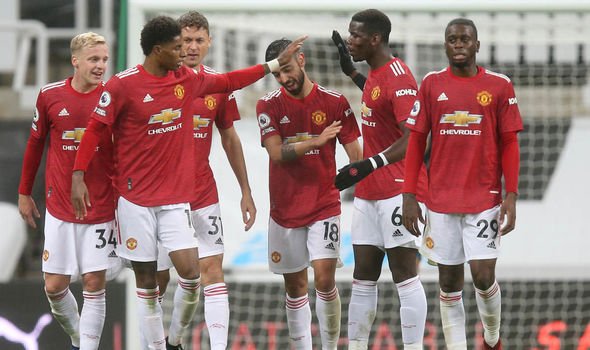 “They looked a different team to the one that played Tottenham in the last Premier League fixture.

“I thought Juan Mata made a huge amount of difference, just giving the ball to players, keeping the ball and allowing the team to stay in possession of the ball for longer periods of time.”

“Dan’s strength, you know, is his incredible speed,” added the Norwegian.

“Today, I thought he showed productivity and trusted himself. We work with all the players and tell them to express themselves and show what they’ve got. Juan and Bruno [Fernandes] were in the pockets and Dan and Marcus were working hard to run in behind them and be positive.

”All of them did fantastic but I’m very pleased for Dan. He’s been away with Wales and missed a few games for us with a bad cold. Today, it was a very good performance by Dan.”

Solskjaer insisted Donny van de Beek would get game time soon enough, with the Netherlands international benched for the match against Newcastle.

“Donny will get his game time,” assured the 47-year-old.

“He’s in the group and training and is always neat and tidy. Today, I don’t think he lost it once. He had an impact. But it’s about finding the balance in the team.

”We won 4-1 today and you’re asking why I didn’t start one of the players. He can have a very big impact on the team and has done well again.“

Hasenhuttl claims Pickford should have been banned after "horror" tackle