Ole Gunnar Solskjaer has told Anthony Martial he should be scoring more goals, as the Frenchman continues his evolution as a centre forward. Martial has become the focal point of Manchester United’s attack this season following the departure of Romelu Lukaku.

Three goals in his last three games has taken Martial’s tally to 15 in 31 this campaign, with the 24-year-old still getting to grips with his role as No 9 following years on the left-wing.

Solskjaer has been pleased with Martial’s performances of late but revealed ahead of United’s Europa League last 32 second leg against Club Brugge that he has been demanding more from the player in training.

“Now he’s in a different position, where it is more physical and you’ve got to be stronger with your back to goal and be more patient.

JUST IN: Maria Sharapova announces shock retirement from tennis at 32

“It’s your job to be in the box when the ball arrives. I’m still at him. I demand more of him.

“Sometimes, the ball is squared across the six-yard line and it’s where he should be.

“I just nudge him and say: ‘It should have been a goal for you.’

United are unbeaten in six games in all competitions heading into their clash against Brugge tonight, with Bruno Fernandes’ introduction particularly bringing another dimension to the team.

Solskjaer described the Portuguese midfielder as adding “x factor” and was then asked what traits his side would ideally have.

“You need many attributes to play the perfect game of football, or to be the perfect team,” the Norwegian coach said.

“We want the swagger and the confidence. We want players going onto the pitch believing in themselves. 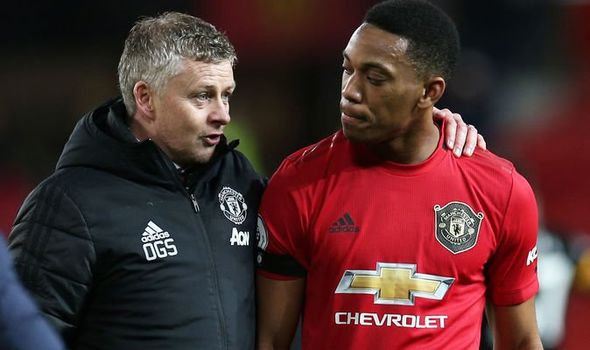 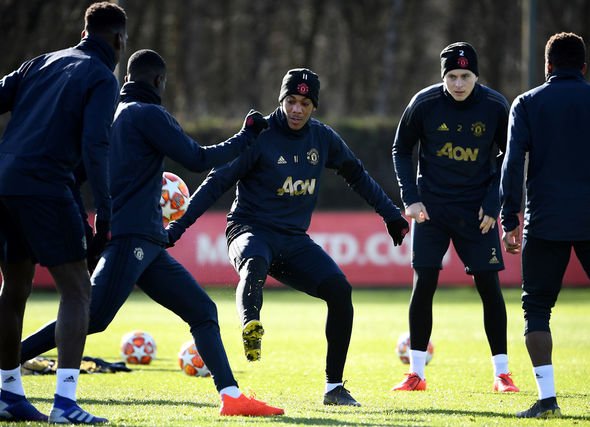 “You still want your players to be humble, knowing that you’ve got to work harder and you’ve got to earn the right to win a game of football.

“I think that was one of strengths – I played with Becks (David Beckham), Giggsy (Ryan Giggs), the graveyard shifts down the sides.

“That was one of the big compliments the gaffer (Sir Alex Ferguson) used to give from other managers: ‘You’ve got a team full of quality but they work harder than others.’

“That was probably one of the first things I said when I came here, that I want my teams to be one of the hardest-working teams in the league.

“That’s only attitude, that’s what you’re supposed to do.”