Manchester United manager Ole Gunnar Solskjaer has insisted the club’s rivalry with Arsenal remains special, despite both sides battling to reach the heights of old. The Red Devils take to the field at Old Trafford looking for a fourth win from five matches since the international break. And he’s named a strong side for the Premier League showdown.

United have named a strong side for today’s clash with Arsenal.

David De Gea starts in goal, in front of a back four that includes Aaron Wan-Bissaka, Victor Lindelof, Harry Maguire and Luke Shaw.

In midfield, United have gone with a diamond consisting of Fred, Scott McTominay, Paul Pogba and Bruno Fernandes.

And, up top, the Red Devils have decided to field Mason Greenwood alongside Marcus Rashford – who scored a hat-trick in the 5-0 Champions League victory over RB Leipzig in midweek.

And Solskjaer has opened up on his team selection to MUTV, saying: “Yeah well they came on in that game and did well so we hope we can carry on of course.

“But every game lives it’s own life. You’ve got to lay the foundation with your work and the first hour in the game against Leipzig laid the foundations for a fantastic result in the end.” 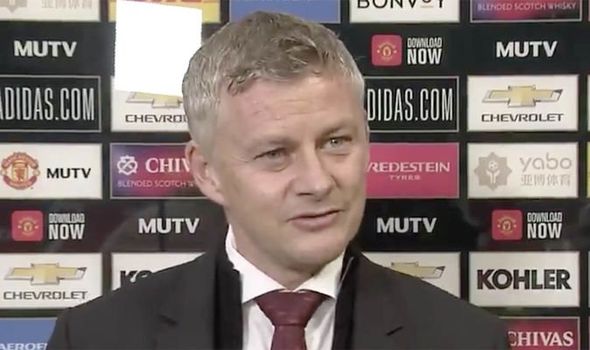 The two clubs used to battle it out for the Premier League title during the eras of Sir Alex Ferguson and Arsene Wenger.

However, since then, the pair have struggled to reach the same lofty heights.

“It’s a big game for us and it’s a vital one and the rivalry will be fierce as you’d expect.

“There have been a few fights on and off the pitch so hopefully we come out on top.” 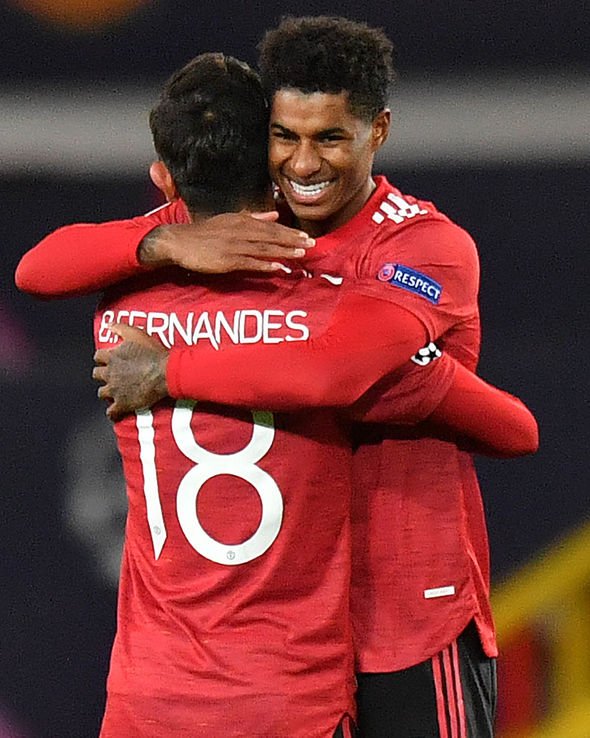 Many eyes will be on Pogba for the showdown at Old Trafford, with the France international back in the side for the first Premier League match since the 6-1 defeat to Tottenham in October.

And, ahead of that game, United legend Roy Keane has ripped into the 2018 World Cup winner over his failure to achieve consistency.

“Pogba’s performances over the last few years for United to me haven’t been good enough. It’s as simple as that,” he said.

“There’s an obsession at the moment of protecting the back four, but United lack creativity going forward.

“Fernandes has been brilliant, obviously Van de Beek hasn’t had a look in. I’d like to see him (Van de Beek) there. Why not?

“I’ve seen McTominay in there, players like Fred, Matic. They’ve all had a go but to me they’ve not done enough, they’ve not been consistent enough for me, in terms of Man United closing the gap on Liverpool and Manchester City.

“I’m not on about when they’re competing with teams in the middle of the table, they need to be competing against the likes of Liverpool and Man City.

“When you talk about energy, the amount of arguments i had playing in midfield with centre halves. Everyone is obsessed with protecting your back four. United need a bit more than that.

“We talk about energy but you need more than energy in midfield for Man United. You need creativity. You need lads with a bit of character and heart.

“And Pogba hasn’t done enough, I think it was Bill Shankly who said years ago, ‘sometimes with players they turn up and you don’t know what you’re going to get’. Pogba is like that. That is no good to you if you want to win league titles.

“For all Pogba’s talent, he should be in the team, but he doesn’t do enough. He doesn’t do the other side of the game. He doesn’t show enough spirit, enough fight.

“He has talent but that’s not enough to play in midfield for Manchester United. You need a bit more than that.”