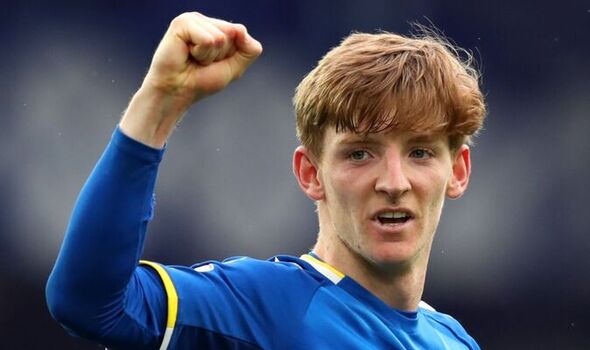 Reports suggest Everton starlet Anthony Gordon has admirers at Manchester United as Chelsea continue to work on a deal for the England U21 international attacker. The Blues are said to have seen two bids rejected for the 21-year-old to date – the latest of which was worth in excess of £45million.

Everton are adamant they will not entertain a sale this summer, a message that was relayed to Newcastle earlier in the transfer window.

Chelsea remain at the table, however, it appears they are not the only club among the Big Six to hold an interest in Gordon.

The Telegraph are reporting that United are admirers of the Everton forward as the Red Devils continue to monitor a number of attacking targets.

United have submitted a £67m bid for Ajax winger Antony while Cody Gakpo could now also fall under consideration. 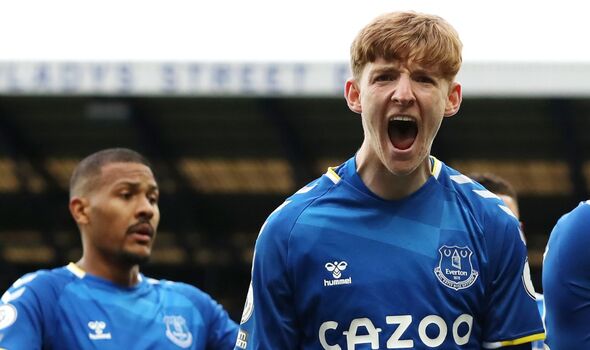 It remains to be seen whether United would be willing to firm up their interest with a formal offer for Gordon – or whether he is just a player that is highly rated by the Old Trafford hierarchy.

Chelsea reportedly have a phone call scheduled with Everton at the start of next week to continue discussions over a deal for Gordon.

The Blues are seemingly not prepared to walk away just yet despite seeing their two bids rebuffed.

Everton boss Frank Lampard was quite clear in stating that Gordon is simply not for sale as he prepares his side for the visit of Nottingham Forest.

“He is an Everton player. I don’t want to talk about likely or hypothetical questions,” Lampard stated.

“He has a huge value to the team and is a hugely valuable asset to the club, one we have developed ourselves and brought through and who has a link to the fans.

“Anthony is our player and we are not looking in a situation of where can we go in this deal.

“We know his value because you see values of players moving that haven’t achieved what Anthony has.

“I want to think about what Anthony can do to improve the team.”

Lampard didn’t seem overly confident when asked whether he could offer any assurances Gordon would definitely be staying at Goodison Park this summer.

“He’s in the squad for tomorrow (for the visit of Nottingham Forest). Any chats I have with him are private.”