Manchester United star Paul Pogba could soon be leaving Old Trafford after the player’s agent Mino Raiola revealed that he wants to take a “big name” player to Real Madrid in the summer transfer window.

Raiola insisted Pogba is currently going through a “difficult time” and these comments come as the player’s future at the club has been uncertain since he declared that “it could be time for a new challenge” last summer.

Speculation surrounding the 27-year-old’s long-term future with the Red Devils was cast further into doubt after Raiola’s recent interview.

“My relationship with Real Madrid is very good,” he told Spanish publication Marca.

“I often speak to [Real general director] Jose Angel, it’s interesting, as well as a pleasure, to talk to him about football and the events related to FIFA.

JUST IN: Gary Neville says Premier League should give title to Liverpool – but on one condition 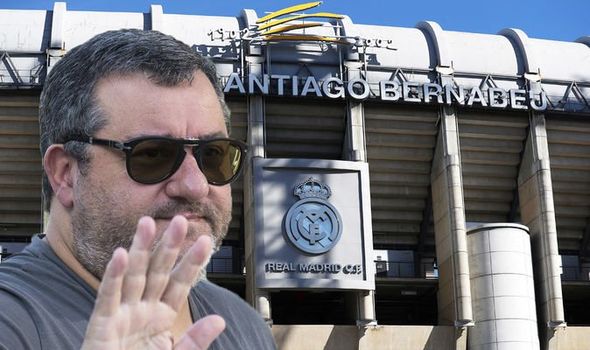 “One day I hope to bring a great champion to Real. At the moment, I have [PSG keeper Alphonse] Areola, but it’s on loan.

“This summer I would like to bring a big player to Madrid on a permanent deal. It would be a pride for me and for all my players, because Real are a great side.”

Pogba has been linked with a move away from Old Trafford, with Real and his former club Juventus both interested in the player.

The midfielder’s current contract is due to expire at the end of next season, but United do have the option to extend this by another year – which, if activated, would keep the player at the club until the end of the 2022 season.

Raiola didn’t name any names about which player he would like to take to the Bernabeu, but added: “I am in contact with [Real general director] Jose Angel Sanchez and I love discussing football and FIFA issues with him because his opinion interests me.

“I have great hope that one day he will be able to lead a great footballer to Real Madrid.”

Pogba has been on the sidelines for most of the season. The World Cup winner has battled to recover from an ankle injury, which has limited his opportunities to just eight appearances for United during this campaign.

Pogba had surgery to try and resolve the issue and the club report that the midfielder is close to beginning full training again. 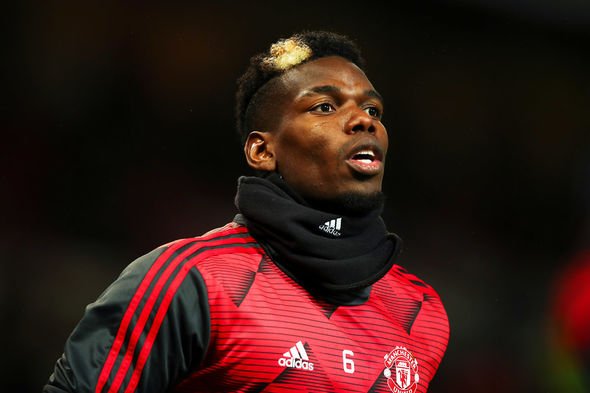 United had initially hoped he might feature at the end of the campaign, but due to the suspension of all football because of the coronavirus pandemic, Pogba could now feature in more games than was previously anticipated if the season resumes.

When Raiola was asked about Pogba, the Italian super-agent insisted his client is determined to help United qualify for the Champions League next season.

“Paul is going through a difficult time, but let it be clear because in England they are very sensitive,” Raiola added:

“Pogba is focused on making a great end to the season with Manchester United.

“He wants to get back into the team and make a great end to the season and that United can reach the Champions League.”