United spent a massive £214million – the most they have ever splashed out in a single window – as Ten Hag set about transforming the squad. 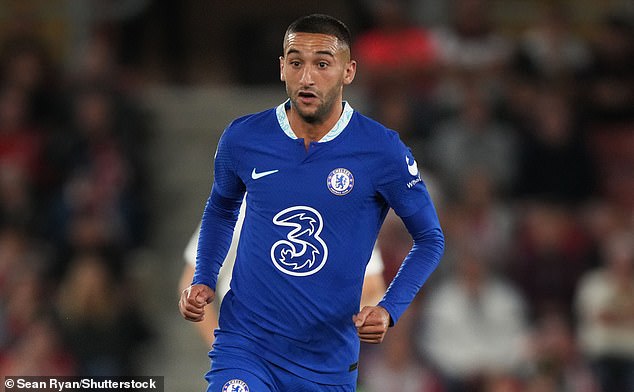 However, according to the Manchester Evening News, one player who Ten Hag was not allowed to bring in was Ziyech.

While the Dutchman ‘enjoyed a near-fully supportive first window’ as United ripped up their old transfer rule-book, the club’s board are said to have blocked his approach for the former Morocco international.

However, it is claimed that Ziyech was only a ‘back-up option’, most likely to Brazilian forward Antony. 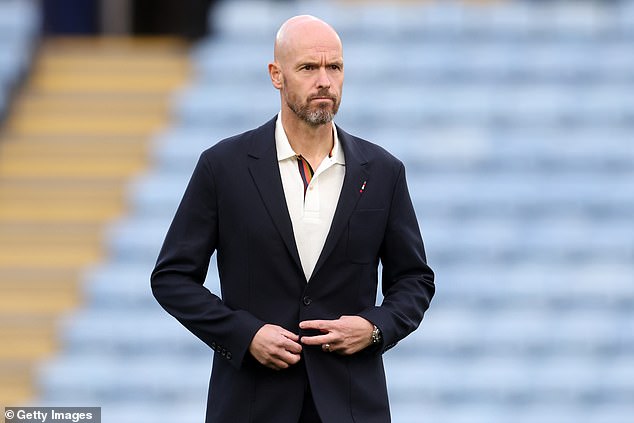 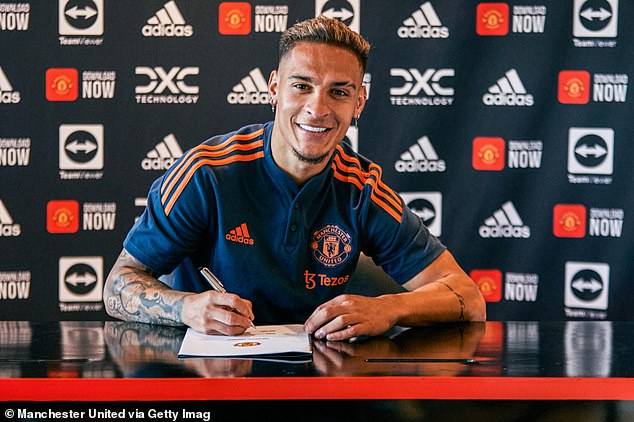 The 22-year-old’s £85.5m transfer to Old Trafford from Ajax was completed on deadline day to make him the second most expensive signing in United’s history behind Paul Pogba.

Ten Hag managed Ziyech at Ajax for three seasons, during which time the club won the Eredivisie title and reached the semi-finals of the Champions League.

Only Dusan Tadic contributed towards more goals under the Dutchman than the Chelsea man, who scored 35 goals and provided 53 assists while he was in charge.

‘He is a character, headstrong. But that also makes him brilliant,’ Ten Hag said when Ziyech completed a £38m move to Stamford Bridge in 2020.

‘He sees things that others don’t see. Sometimes he is a trainer’s nightmare, but you have to give him space. 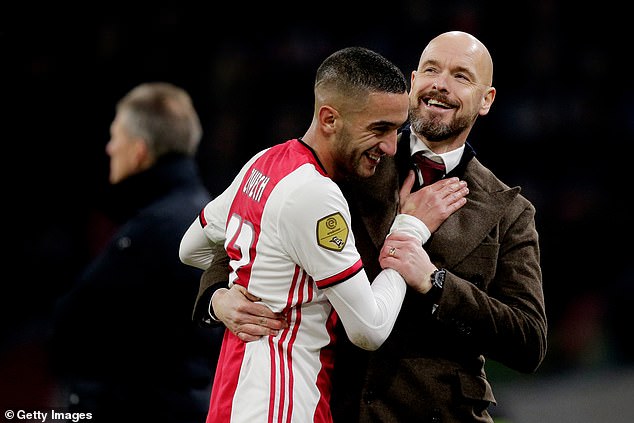 Ten Hag managed Ziyech at Ajax for three seasons, during which time the club won the title

‘If they start playing on their responsibility, you see the development. He took Ajax by the hand, and we were very successful together.’

Ziyech has struggled to nail down a regular spot in Chelsea’s team and has only started one of the first five Premier League matches of the season.

The 29-year-old is having to compete with Mason Mount, Kai Havertz, Christian Pulisic and new signings Raheem Sterling and Pierre-Emerick Aubameyang for a spot in Thomas Tuchel’s front three.

Sportsmail revealed this week that Ajax launched a late, but ultimately unsuccessful, attempt to re-sign Ziyech as a replacement for Antony.