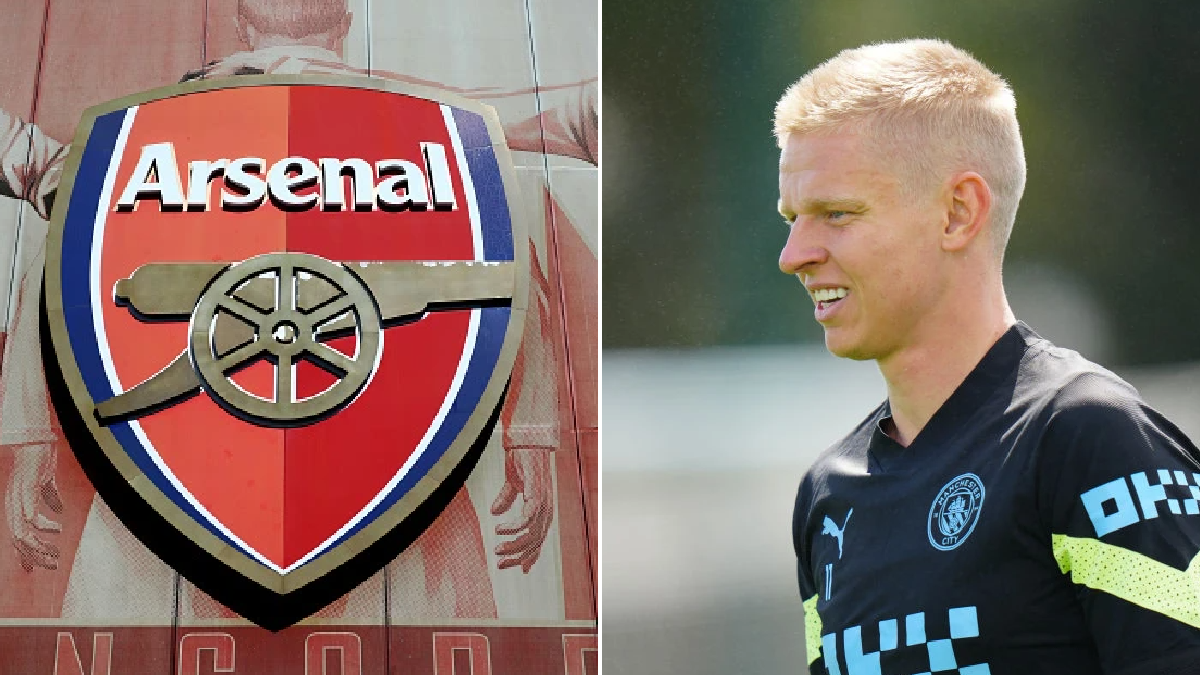 Rodri has paid tribute to ‘great team-mate’ Oleksandr Zinchenko after he left Manchester City’s pre-season tour to complete his move to Arsenal.

Arsenal agreed a £32m deal with Man City for the Ukraine international and had no issues reaching personal terms with the player.

Zinchenko was one of Pep Guardiola’s first signings following his appointment as Man City manager and went on to make 128 appearances for the club in all competitions.

During his six-year spell at the Etihad, Zinchenko lifted the Premier League four times and also won the FA Cup and League Cup.

Zinchenko, who can play in midfield or defence, has been in America for Man City’s pre-season tour but left the squad on Tuesday to put pen to paper on a deal with Arsenal.

Previously in Texas, Zinchenko has flown straight to Orlando to join up with Mikel Arteta’s squad and will continue his pre-season schedule after passing his medical.

Asked about Zinchenko’s departure, Manchester City’s Rodri said: ‘Oleks is not with us anymore. He’s been great as a team-mate and as a player.

‘He deserved the best and we are going to miss him, but this is football, it continues and new players come in. We are happy for him.’

Arteta is a known admirer of the player, having worked with him before joining Arsenal when he was Guardiola’s assistant at Manchester City.

Arsenal legend Ray Parlour has already given his verdict on incoming signing Zinchenko, telling Sky Sports: ‘That would be a great move.

‘We need a bit of cover on that left-hand side. Zinchenko, he can play different positions as well, so that would be a fantastic signing if they can get him over the line.’