City’s defence was once again a problem area last season as they lost nine games but still finished with the second least goals conceded.

Manager Pep Guardiola has attempted to address their issues by signing Nathan Ake from Bournemouth.

While Kalidou Koulibaly has been heavily linked with a move to the Etihad but Napoli are notoriously tough negotiators.

Finding a defender to complement Aymeric Laporte is at the forefront of Guardiola’s thinking and it appears he and City have set their sights on Gimenez. 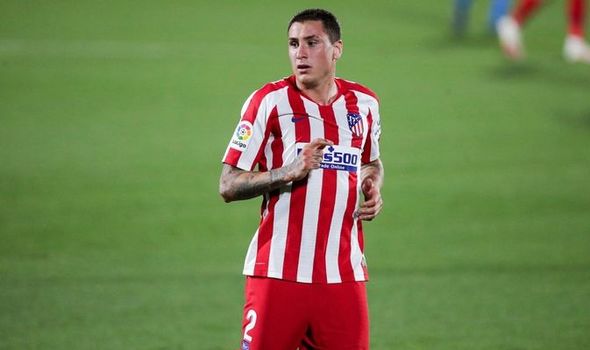 The Uruguayan has been with Atletico since 2013 and become a highly-rated defender under Diego Simeone.

According to Spanish publication AS, City sporting director Txiki Beguiristain has been in talks with Atletico CEO Miguel Angel Gil Marin and sporting director Andrea Berta about a deal for Gimenez, who has a £110million release clause.

Should City pull off a deal for Gimenez it would surpass the £80m record set by City’s neighbours Manchester United when they signed Harry Maguire in 2019.

Meanwhile, Paul Merson has questioned why City have not attempted to sign Harry Kane from Tottenham. 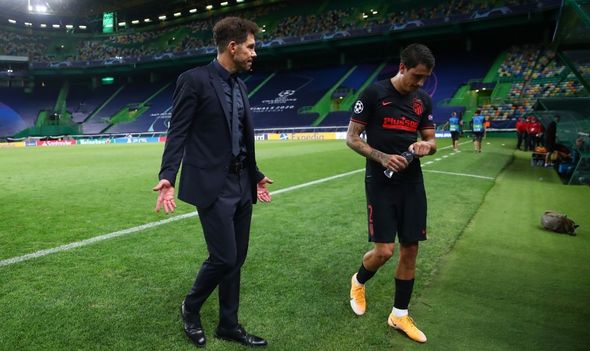 Kane was a frustrated figure on Sunday as Spurs went down 1-0 to Everton.

The 27-year-old striker has made clear that a trophy is at the top of his ambitions this season and Merson feels City and Manchester United should make a move for him.

“I look at him and I think: “What are you going to win at Tottenham?” He’s one of the best in the business at scoring goals, but he’s scoring 30 goals a season and not getting chances to win trophies, what’s the point in being there?

“I just cannot believe nobody has come in for him. What am I missing?

“Manchester United are crying out for a goal scoring centre-forward, and if I’m being honest I think Man City are too.

“If Sergio Aguero gets injured, they miss too many chances. Aguero is two shots, one goal.

“I just don’t understand why there isn’t more talk about a team signing Kane.”