‘If we don’t win all the games, Liverpool will be champions’: Man City need to be PERFECT to win the title, insists Pep Guardiola after beating Brighton… as he hails Jurgen Klopp’s side as ‘one of the best teams in the history of football’

Pep Guardiola maintained that Manchester City have to complete a perfect run-in if they are to hold off Liverpool in the pulsating title race.

The Etihad Stadium was nervous before Mahrez’s breakthrough but City went one point clear of Liverpool with six games remaining. 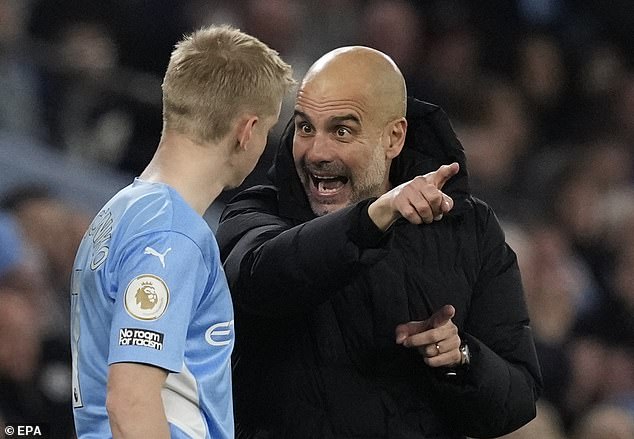 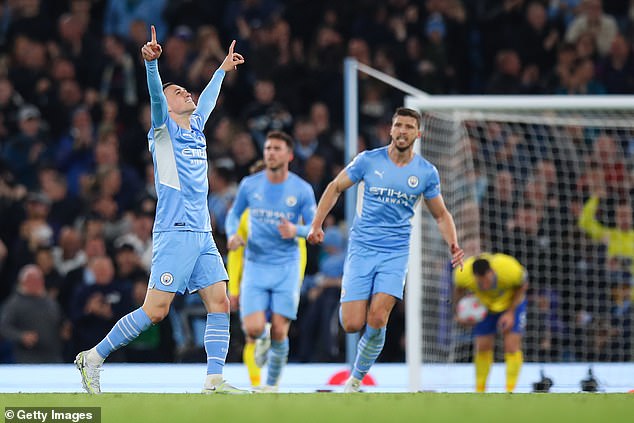 ‘There are six games left and if we win all the games, we are champions,’ Guardiola said.

‘Liverpool are one of the best teams in the history of football. One of the best ever. The players know it. It’s a pity we didn’t win against them here because we were better. Now we don’t have the [ability] to drop anything now.’

Guardiola praised the supporters for remaining with his side, who patiently waited to find an opening goal. 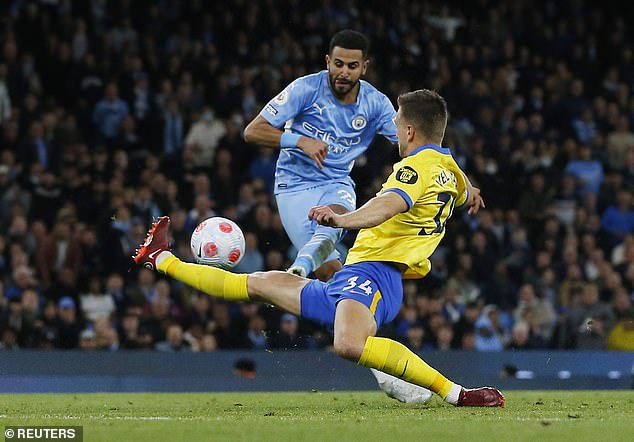 ‘I would say the fans were incredibly close to us,’ he added. ‘Sometimes they are more quiet. They saw how hungry we were without the ball. The people in the stands see when the team is alive.

‘Today for the whole club is one of the most important days of the season because mathematically we will play in the Champions League next season. This is a huge success.

‘People take it for granted because we are City but look at the contenders, how many good teams there are.’

Guardiola was again contending with injuries, however, with Nathan Ake forced off at half-time after twisting his ankle.

John Stones was substituted as a precaution with muscle tightening, while the City boss suggested that Kyle Walker will miss next week’s Champions League clash with Real Madrid.

‘We have just one month – maybe five weeks,’ Guardiola said. 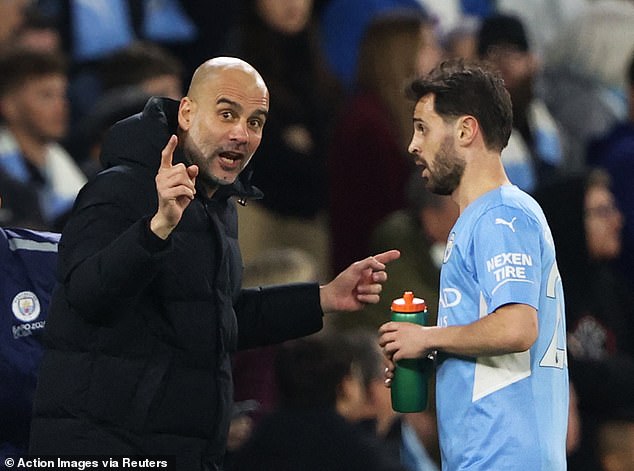 ‘Eleven months comes down to one month, we will do everything we can to be the best in those games. The players know. Give everything. It also depends on fatigue and injuries, how we recover in the bad moments. What an honour this is.’

Brighton had shocked Arsenal and Tottenham away from home before last night’s defeat and Graham Potter admitted they were not good enough in possession.

‘They’re a fantastic team, we know that, and they played really well tonight,’ Potter said. ‘We had good shape and discipline and we disappointed ourselves with how we were on the ball.

‘You have to be perfect to come here and get anything and we weren’t. They were fair, deserving winners. Maybe we could have done without them resting a few players at the weekend.’