Liverpool, Manchester City and Arsenal are preparing for a three-way Premier League tussle for Lyon midfielder Houssem Aouar this summer, according to reports.

The 21-year-old is one of the most highly-regarded midfielders in Europe and has emerged as a key player for Lyon in recent seasons.

He is expected to finally leave the club this summer though and three of England’s leading sides are in the race to secure his signature in a £65million deal, it is claimed. 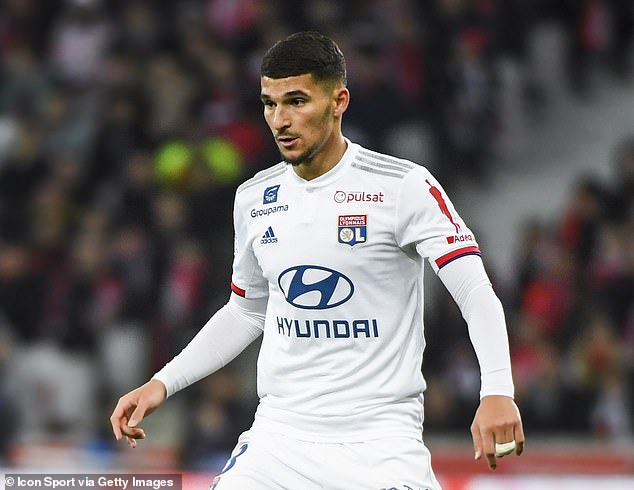 According to The Sun, Liverpool, City and Arsenal are stepping up efforts to sign Aouar, who has been ‘scouted by all of the Premier League’s elite’.

It is claimed Jurgen Klopp has identified Aouar as a long-term option in midfield as he looks to replace veteran duo James Milner and Adam Lallana this summer.

Lallana is out of contract at the end of the season while Milner, at 34, is in the final stage of his career. Naby Keita has also been plagued with a number of injury concerns at Anfield and could be sold to free up funds for a replacement.

City boss Pep Guardiola, meanwhile, has not hidden his admiration for Aouar in the past. Speaking after City beat Lyon in the Champions League last season, he said: ‘Houssem is a very good player. He is incredible.

‘He is excellent. He is always very calm with the ball at his feet, with an excellent technical quality.’ 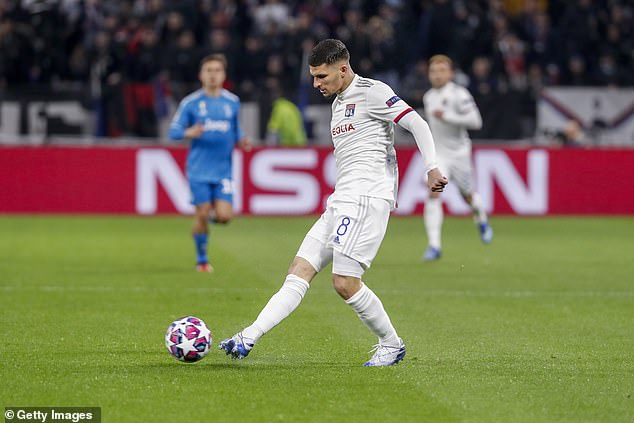 Arsenal have also entered the race but their financial position may put them behind in the running with Mikel Arteta’s budget to be focused on strengthening his squad, rather than investing in one star name.

Aouar has also caught the eye of potential suitors across Europe with Juventus interested, according to L’Equipe.

He made the decision to not leave Lyon last summer as he wanted to try and force his way into France’s Euro 2020 squad. However, with the tournament postponed for 12 months due to the coronavirus crisis, he is reportedly looking for a move away.

For the midfielder, the main concern with a move to City would be their potential two-year ban from the Champions League due to financial fair play breaches.

However, if the ban does not stand then Aouar is said to be excited at the prospect of working under Pep Guardiola and joining the Premier League.