Premier League champions Manchester City will be busy in the transfer market this summer as Pep Guardiola looks to build his title defence. After seeing their quadruple dreams scuppered by Chelsea at the end of 2020/21 the Catalan coach will be aiming to strengthen his squad options.

Club chairman Khaldoon al-Mubarak has offered his support to the former Barcelona boss by stating the club would not be ‘sitting back’ in the market after clinching the title.

He also promised to back Guardiola by doing every possible to secure the right successor to Sergio Aguero in the coming weeks.

Aguero bowed out after 10 years in English football with a brace in his final Premier League game before sealing a highly-anticipated move to Barcelona.

Guardiola’s challenge now focuses on bringing in a star name to not just replace Aguero’s goals within the City but also his profile in the dressing room.

Spurs talisman Harry Kane is rumoured to be Guardiola’s No 1 target after the England star reportedly rejected a move to the Etihad Stadium last summer. 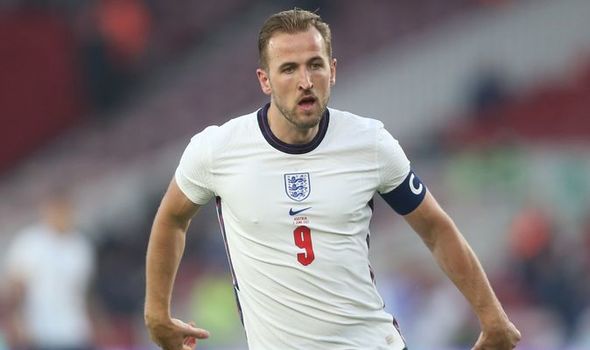 However, after another frustrating campaign in north London, he has now informed chairman Daniel Levy of his desire to leave the club this summer.

Spurs are set to demand in the region of £150million for the 27-year-old, with his contract running until 2024, and that may prove to be a stumbling block.

City’s current transfer record stands at the £64million they paid out for Ruben Dias from Benfica in 2020 and a move for Kane could double that.

Guardiola could be open to a player swap move, with Bernardo Silva and Aymeric Laporte both linked as makeweights, but previous exchange deals have proved difficult to negotiate. 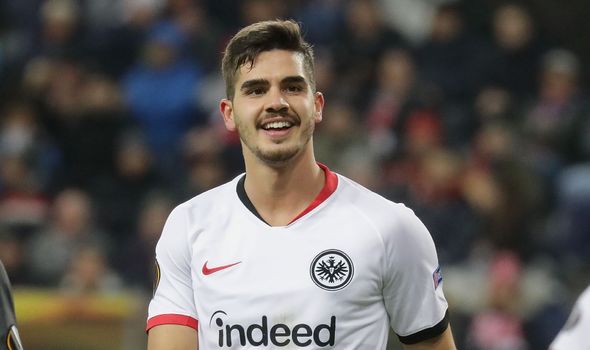 If Kane is unachievable this summer, Guardiola will have no hesitation in turning his attention elsewhere, with reports from German outlet BILD claiming he is eyeing Eintracht Frankfurt hitman Andre Silva as an alternative.

Portuguese international Silva wrapped up a fantastic second season in Germany with 28 goals in 32 Bundesliga games following his permanent switch from Sevilla.

According to the report, City have already reached out to Silva’s representatives over a possible bid for the £40million rated striker.

Frankfurt are likely to demand their full asking price, if City do push ahead with their interest, with Silva’s under contract until 2023.

A move for Silva is most likely to be a Plan B for City at this stage due to the ongoing speculation over Kane’s next move.

However, there is growing speculation that despite having the resources to do so, City are unwilling to go above £120million for him.

With Levy happy to keep Kane to the terms of his Spurs contract next season, City could delay again by a further 12 months, to bring his value down below £100million.

In that case, Silva would provide a possible stop-gap option for 2021.