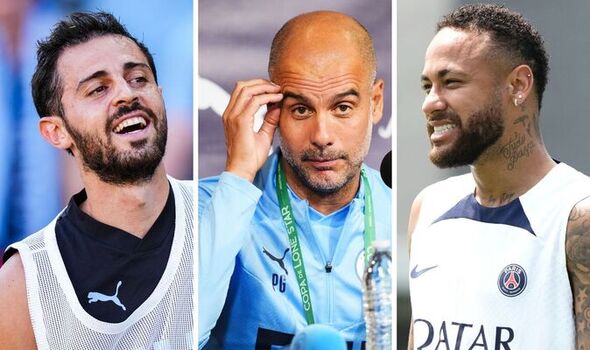 Pep Guardiola has categorically denied reports from France that suggest Manchester City were offered the chance to sign Neymar by Paris Saint-Germain. It’s claimed the Ligue 1 giants made a jaw-dropping proposal to the Premier League champions, in which they proposed the Brazilian as part of a deal to sign Bernardo Silva.

The Portuguese playmaker has long been admired by PSG, while Barcelona also hold an interest in signing the player this summer.

But City have been consistent with their stance on a sale by ruling Bernardo is not in the shop window unless an irresistible offer arrives.

Now Guardiola has also set the record on the reports from Le Parisien, denying City were offered Neymar.

“I’m sorry but it’s not true,” Guardiola said while away on the club’s pre-season tour of the United States. 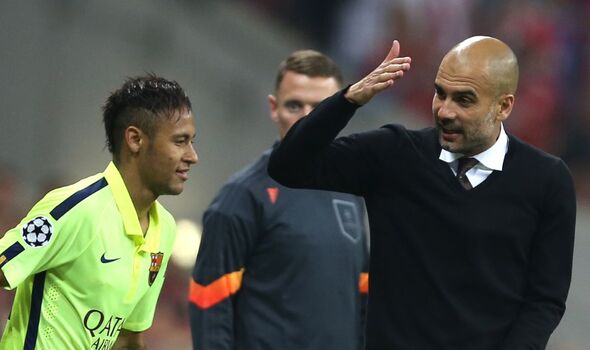 “Every summer (they say that) Manchester City are going to buy 150 players.”

Yet the departure of Oleksandr Zinchenko to Arsenal is expected to bring City back into life in the market.

That’s because Guardiola and the Etihad hierarchy are now lining up a mega-money swoop for Brighton’s Marc Cucurella.

The Spaniard enjoyed a barnstorming debut campaign in the Premier League with Brighton last season and now he could be set to earn a blockbuster move to City.

The champions now have their opening bid at the ready as they prepare to enter negotiations with Brighton over a deal.

Nathan Ake will be going nowhere though after City decided against selling the Dutchman to Chelsea.

“The second season here [2017/18], when we finished with 100 points, that was the only pre-season when we were all together from day one. Since then it’s always four players arrive, then after a few weeks some other ones and we start the season with incredible problems. That’s why we drop every season at the beginning many, many points.

“This season I thought, ‘maybe we will be all together’, but due to personal situations with these three players, and other situations with some other ones, we cannot be together. We are delayed but it is what it is. We are going to move forward and today you have to adapt.

“Before, every pre-season was three, four, five weeks all together. Now it’s over, with the World Cup, Euro cup [European Championships] – many competitions.

“The players need rest after a tough, tough season. But they are fit, they are training with the U23s in Croatia, and when they come back they will be fine.”